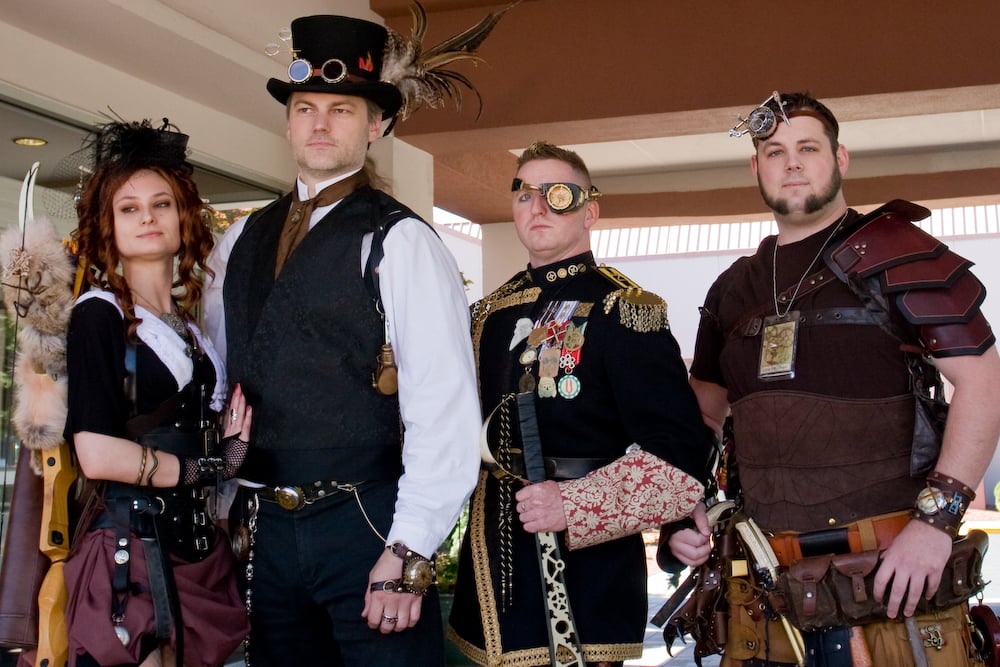 Halloween is just around the corner, and some are already thinking ahead for what they will dress up as this year. As unfortunate as conventional spooky celebrations being put on hold is, there’s no reason not to enjoy All Hallows Eve by dressing up. No matter where you shop to gather the items for your costume, you are bound to have seen a section labeled as “Steampunk.” Here, you are bound to find monocles, large-brim hats covered in gears and chains, corsets, googles, frills, and brass.

It has its own fashion, its own fictional canon expanding into literature and video games, and even its own genre of music. So what is steampunk, exactly? The aesthetics of steampunk revolve around an anachronistic retelling of the past, asking the question: What if we had modern technology in the Victorian age?

Steampunk is a fusion of the old and the new. The style’s main purpose is to “reach directly into the pocket of Victorian England and predict what the world would be like today had its inhabitants and inventors prevailed over modern technology.”

The fashion of steampunk is also heavily inspired by Victorian clothing; long, dramatic dresses with poofy silhouettes and sleek suits with long tailcoats comprise a majority of steampunk fashion. What sets it apart is by adding a flair of science-fictional into the mix: belts with several appendages to keep your trinkets in, chokers covered in gears, fingerless gloves made of lace, et cetera.

While steampunk as a style and understood culture has been around since the 80’s, it wasn’t until the 2000’s for the subculture to gain traction as its style gained popularity. Steampunk’s fashion has a large emphasis on a Do-It-Yourself methodology. People are encouraged to create their design, curate a backstory that accompanies their steampunk persona, and utilize outdated or unconventional materials to make a design that is both beautiful and unique.

Though the steampunk hype has since died down in the last few years, it still remains a popular subculture to this day. You can even still attend steampunk conventions around the world-- next year, of course!

Steampunk ‘historians’ are not entirely sure where steampunk began, or what it was originally intended to represent, but popular themes in steampunk movies, literature, and video games explains some of its historical insight. Steampunk takes the Industrial Revolution of the Victorian Era and uses it as a jumping point to re-imagine the present-day.

One of the reasons steampunk has become a part of pop culture is thanks to a popular Victorian author renowned for having helped build the foundation for modern science-fiction: Jules Verne.

Thinking towards the future, Verne considered what possibilities technology might have in store in humanity’s quest to explore the unknown. Verne’s most popular novels-- Journey to the Center of the Earth, Twenty Thousand Leagues Under the Sea, and Around the World in Eighty Days-- are all centered around the drive of humanity to pursue the unknown.

Though some problematic elements of Verne’s writing prove him to be a product of his time, the thematic elements of exploration and the feats humanity can accomplish still inspires to this day. “The belief that someone possessed of enough science and nerve can do anything is fundamental to Verne’s stories and to steampunk’s individualist culture,” wrote BBC’s Radio 4.

After learning a little more about steampunk, are you curious to learn more? How about making your own very one, one-of-a-kind steampunk accessory?

Idaho State University’s Continuing Education and Workforce Training (CEWT) is offering an upcoming course on Steampunk Jewelry Making. This class will dive into some of the history, art, and science of steampunk while crafting your own pieces of jewelry. You don’t want to miss this journey of science-fiction and imagination!

To register for Steampunk Jewelry Making, or for additional information, click here.