The One Thing Kayakers and Baseball Players Have In Common 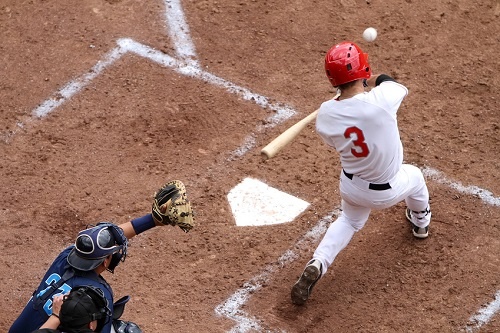 In addition, each summer, many kayakers hit the rivers to navigate the most difficult runs they can. How difficult are some of the runs? Try Black Rock Canyon in Grace, Idaho. In the early spring, this run provides numerous class III and class IV rapids and even a class V. What is it like running this class V rapid? Kayaker Bryson White, from Odgen Utah, explained it like this, “There are two nasty holes at the beginning on the right side that will most likely flip you or keep you if you go into them ... Immediately after the second hole the river makes a dramatic plunge through a chute caused by a few large boulders on either side. This is the most fun part of the day! I try to get as far right as possible as I’m going through the plunge to line myself up for the second half of the rapid which is strewn with barely-submerged, volkswagon-sized boulders.” 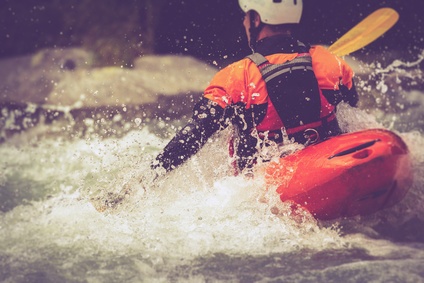 Given the margin of error, this is the equivalent of a 95 mph fastball. So how are these guys able to run these rapids and hit fastballs? One word: Focus. Both athletes have the ability to focus.

What else does focus require? Good vision. Ted Williams, the Hall of Fame hitter for the Boston Red Sox and the last player to hit over .400 in Major League Baseball was also an exceptional Pilot during World War II and the Korean War. (He actually set the Marine gunnery record at Jacksonville, FL.) Why was he such a great hitter and fierce military pilot? Among other things, he had better than 20/20 vision. He could see the ball and the target better than the average person could. Focus requires being able to see clearly and precisely. This means both physically and metaphysically. In order to focus you have to know what you are focusing on.

This is all interesting stuff but how does it apply? Focus is the number one determiner for success. Individuals that can focus are able to obtain their goals consistently. Whether it be hitting a 95 mph fastball, to successfully navigating a class V rapid, to running a successful business, or completing your degree.

We recently saw how Tom Brady led the New England Patriots on an epic come from behind win in the Super Bowl. Since that day there have been numerous accounts of Tom Brady’s draft record, how he was too skinny, had a weak arm, got knocked down easily. In short, his physical stats did not predict greatness. However, his focus did. Each coach that worked with him mentioned his desire to compete and his ability to focus amidst chaos. Tom Brady has the unique ability to focus when it counts and that was on display during the game winning drive of the last Super Bowl.

Do you want to reach your goals? Learn to focus. As you do, you may discover the ability to do the impossible.