Did You Know? Westside Public School 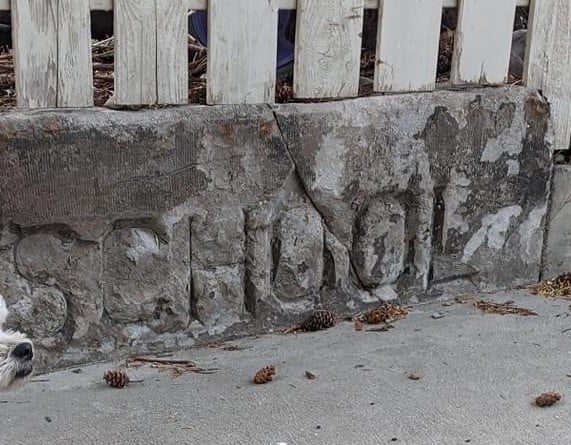 Recent discovery of this stone as part of a fence in a Pocatello westside neighborhood raised the question, “Where did the stone come from?” The answer— Pocatello’s second stone school house.

School buildings were prominent features of Pocatello during the city’s first two decades. The earliest schools were the Westside School (constructed in three stages, 1892,1901,1903) and the Eastside School (constructed in two stages, 1895, 1897). Since Pocatello was a major hub for travel by rail, it was a convenient stop-over for cross-country travelers.

In addition to hotels and restaurants, tourists and travelers like souvenirs. Both schools were featured on postcards, plates, cups, dishes, paperweights, and other popular items.

The Westside school is now the center section of the Pocatello High School main building and the Eastside School later became Bonneville Elementary until it was demolished to make way for the Clark Street Post Office. Bonneville moved into the old Franklin Junior High on Eighth Avenue when the current Franklin Junior High was completed. For many years the school bell from the Eastside School (Old Bonneville Elementary) hung in front of Highland High School.

This view of the Eastside School on E. Clark in the late 1890s shows it in the same proximity to the first County Court House as the Clark Street Post Office is to the present-day Court House which replace the original in the 1940s. (Bannock County Historical Society, BCHS) 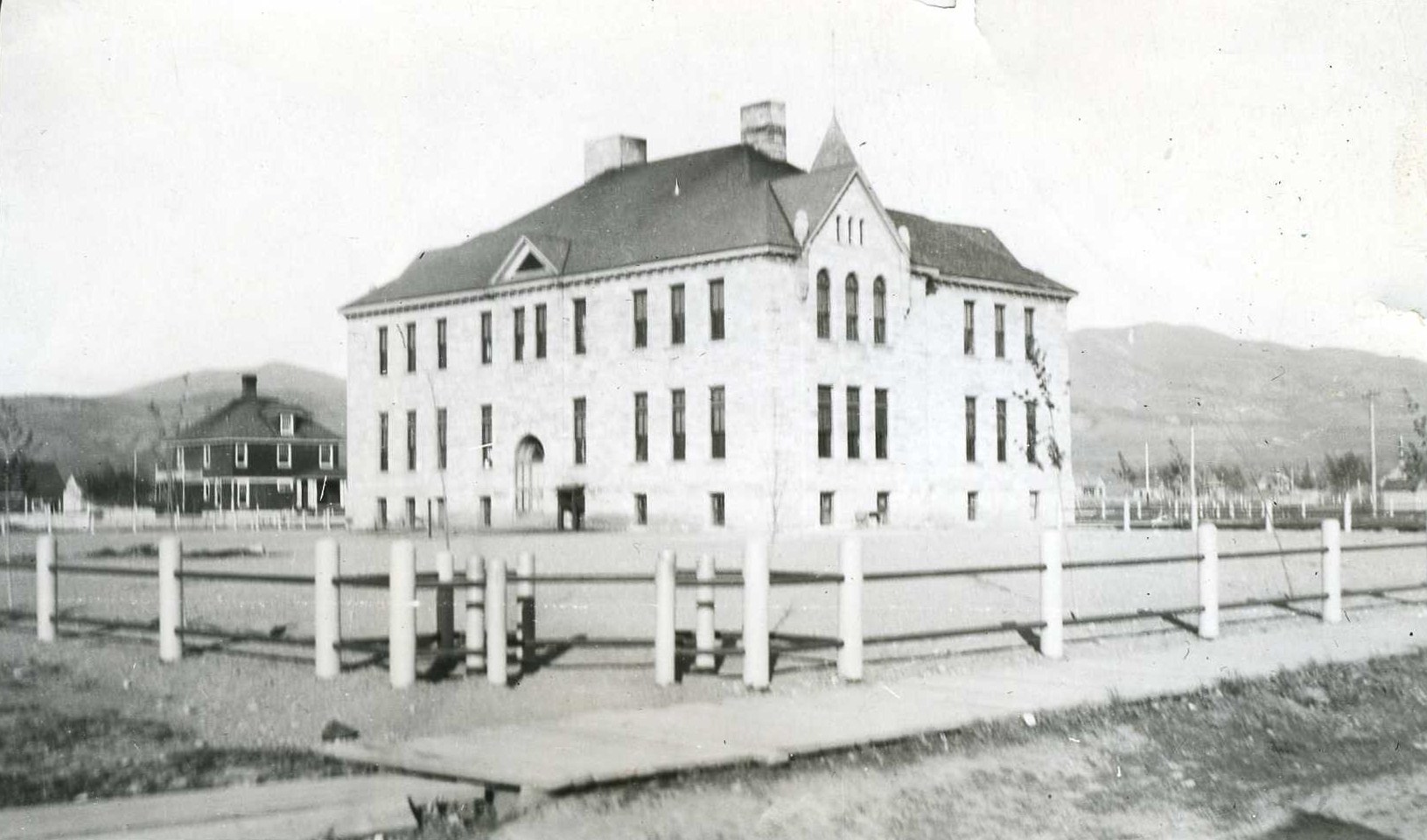 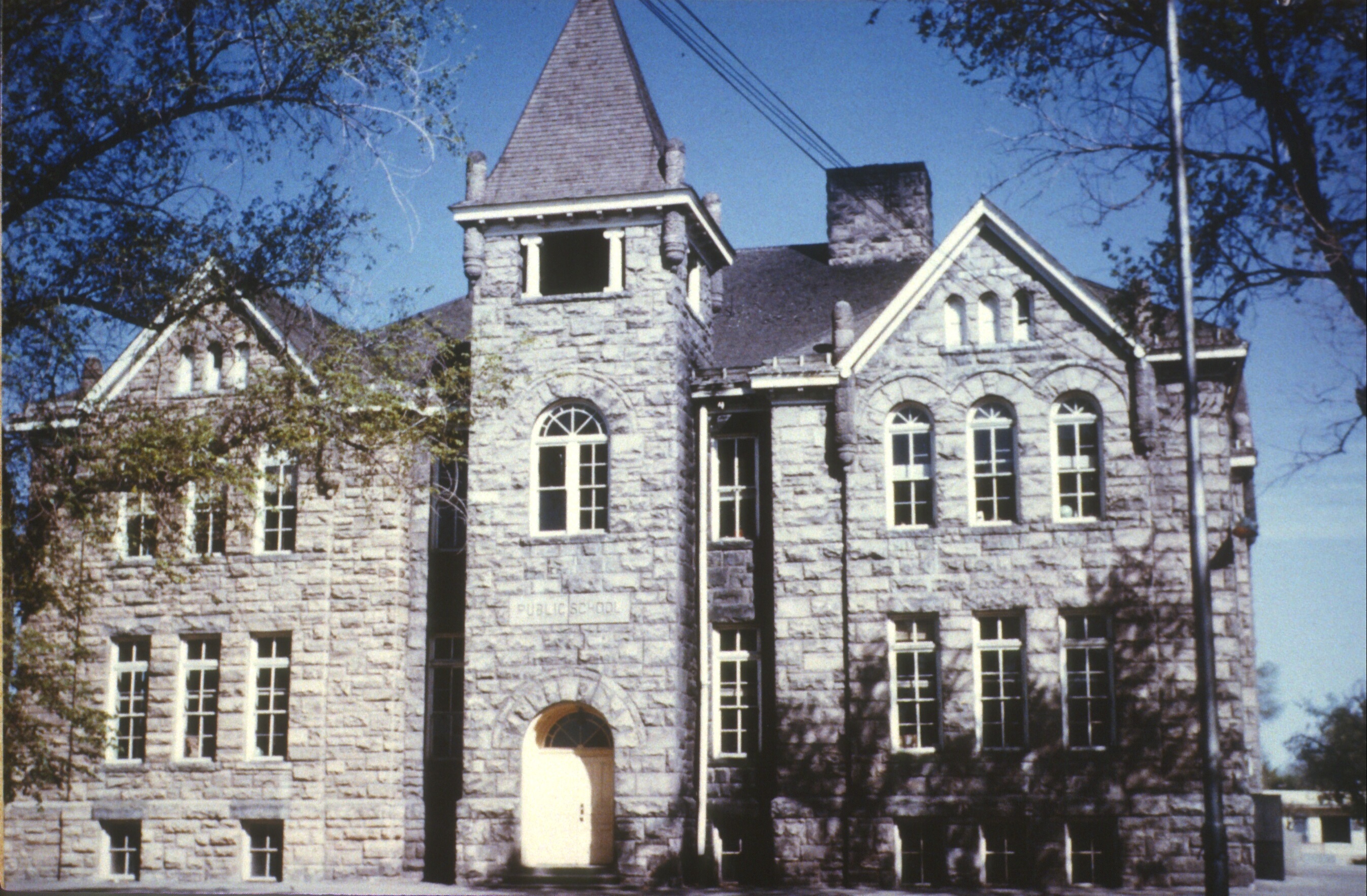 Bonneville Elementary on East Clark between Sixth and Seventh Avenues shortly before demolition in 1964. The mystery is solved. (Arlen Walker Collection) 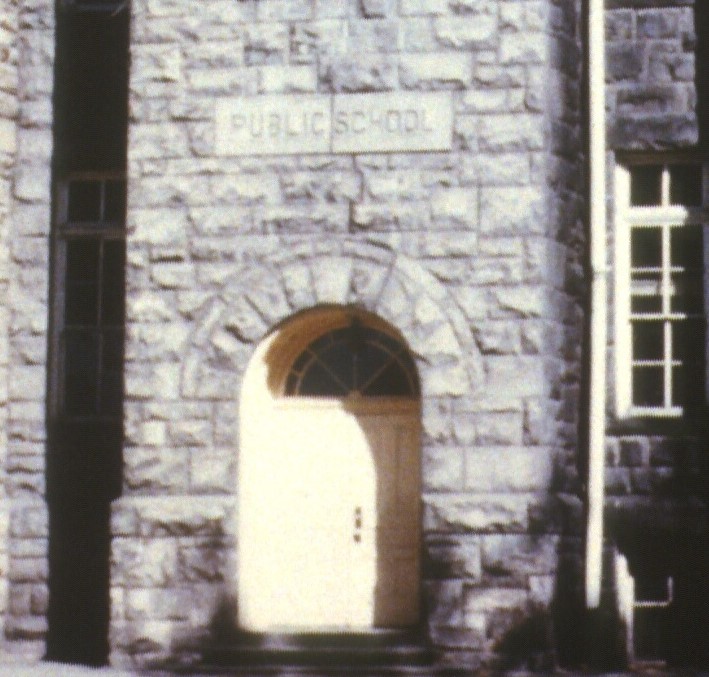 Enlargement shows the westside mystery stone clearly on the right side above the main entry. The question yet to be answered is, “What became of the left side “PUBLIC” stone?’ 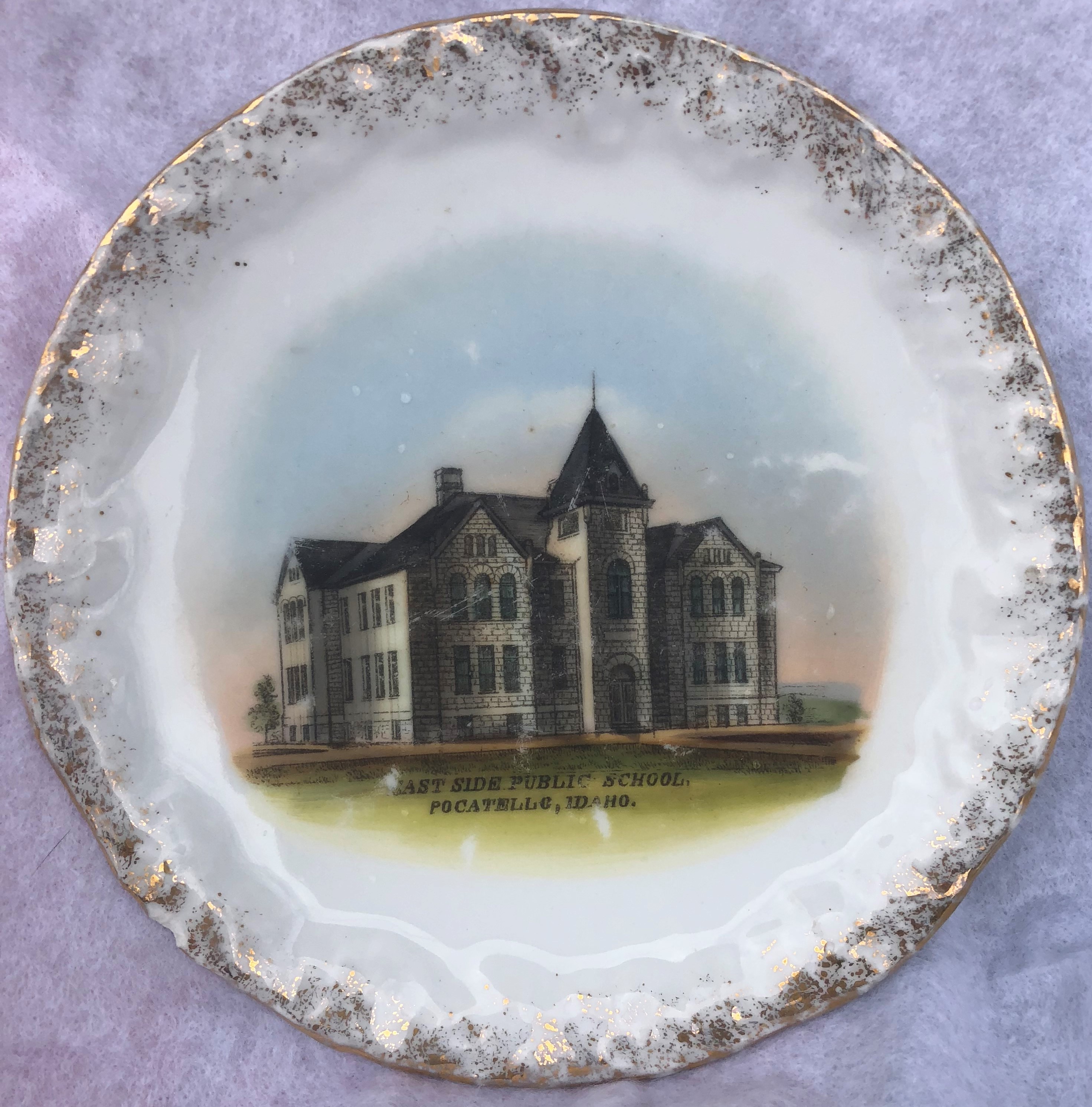 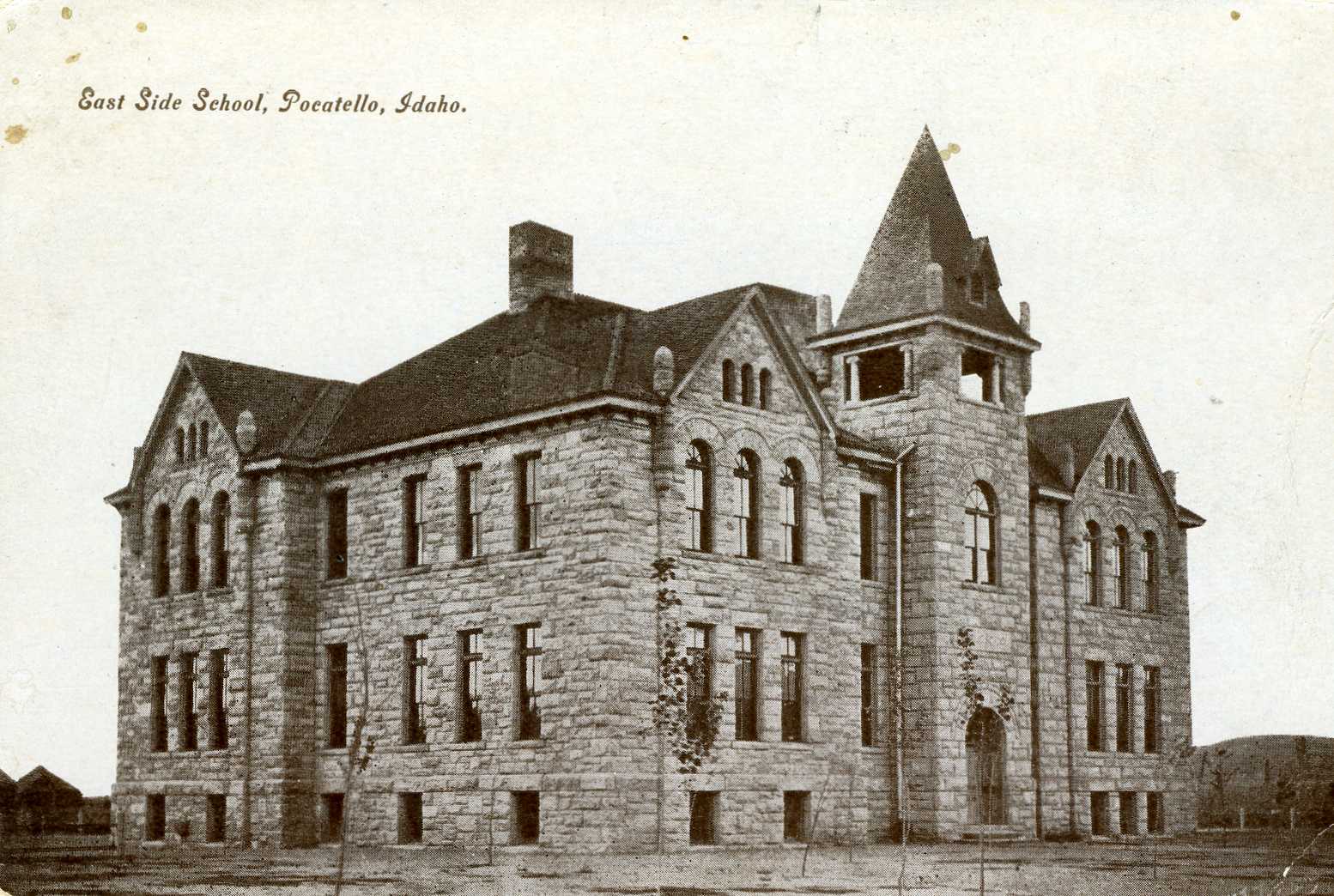 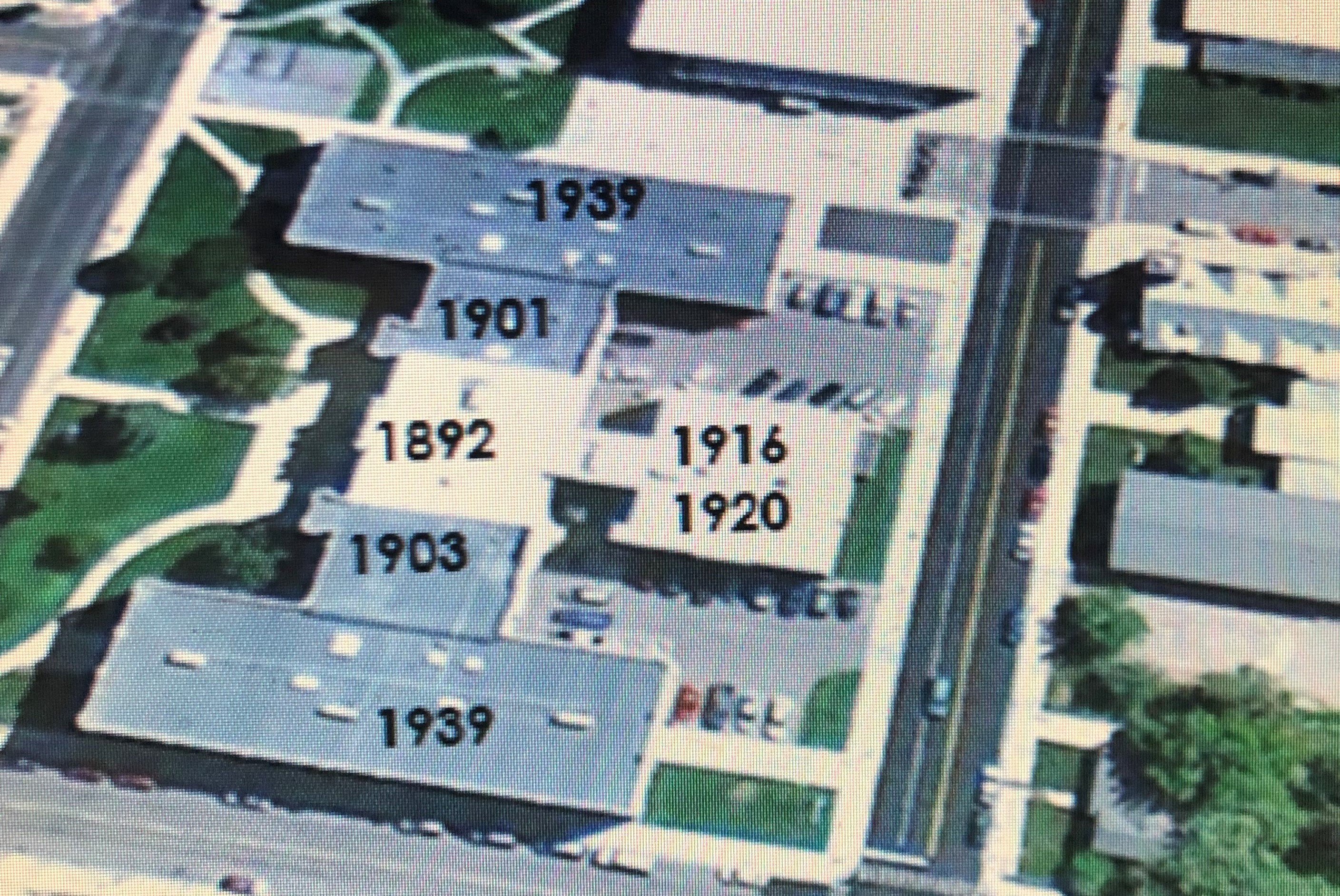 Aerial View shows the construction years of the PHS main building,  The Westside School is the center section between the 1939 wings. (Arlen Walker Collection) 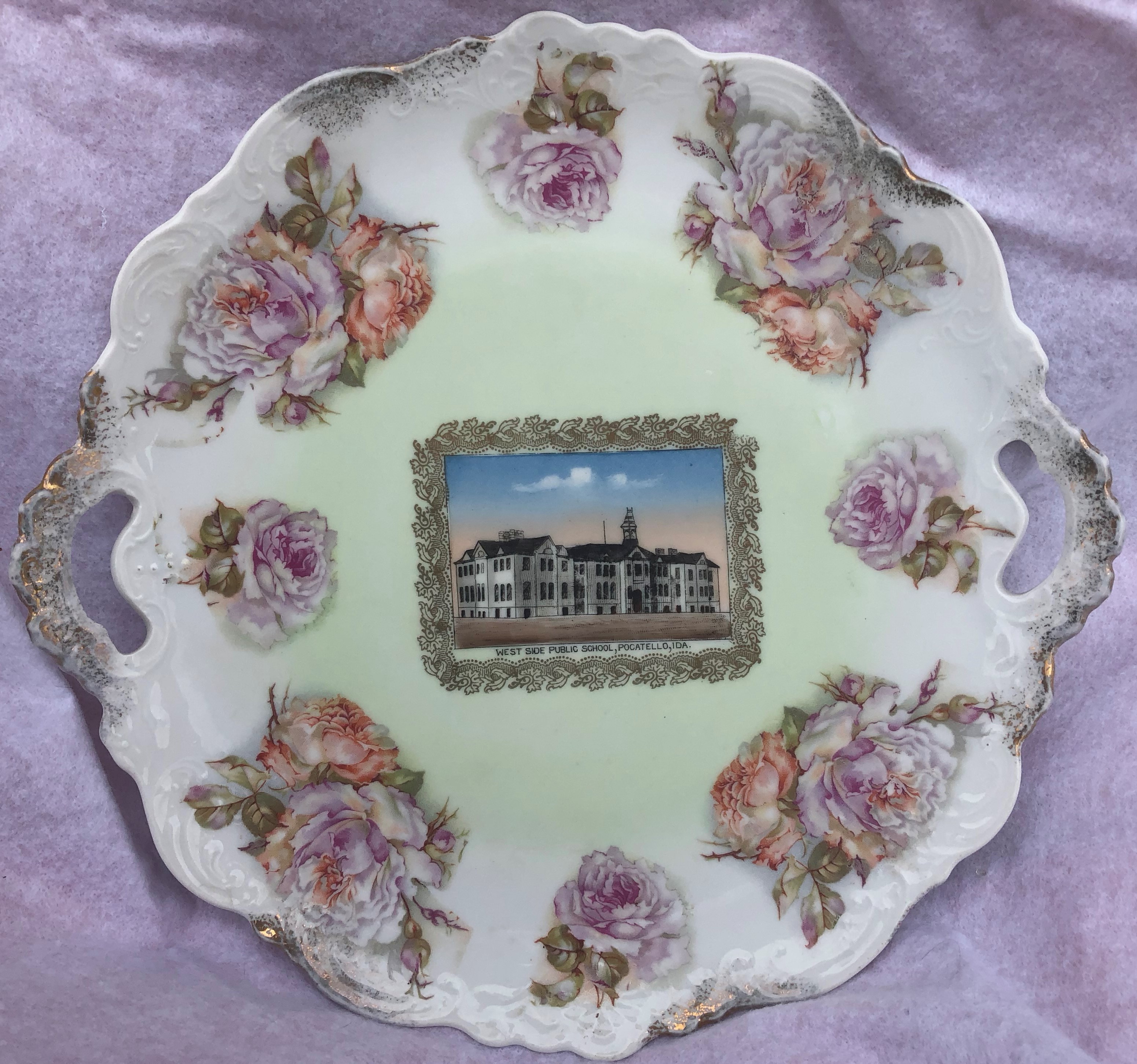 Souvenir of Pocatello pillow cover, ca.1910, shows the High School as the main feature among other Pocatello points of interest. (Arlen Walker Collection)