Did You Know? Simplot Square

Bannock Hotel as planned in 1919

Simplot Square on the southwest corner of Center and Arthur in Old Town Pocatello was once the site of the Hotel Bannock, one of the tallest buildings in the city.

The original Bannock Hotel building, built in the mid-1890s, was first called the Hanks Hotel. In 1902 it changed owners, was renamed The Bannock, and was later purchased by W. F. Kasiska, founder of the fortune behind the Kasiska Foundation which has been a major supporter of scholarships and medical programs at ISU since 1987.

Considered the finest hotel in the city, it hosted a breakfast for President W. H. Taft during his visit to Pocatello in October of 1911. 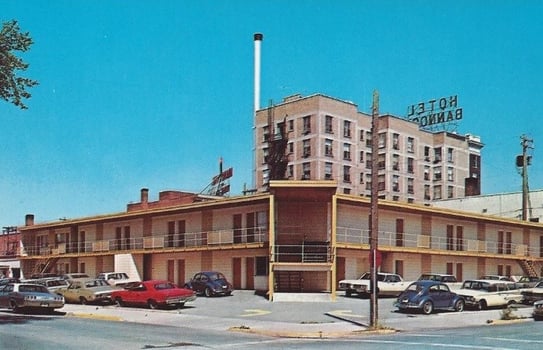 The original structure, remodeled several times over the years, was expanded in the1960s by the addition of the Bannock Motor Inn on the Garfield Street side of the block behind the hotel.

The 88-foot-tall building in Italian Renaissance style, eventually owned by the J.R Simplot Company, remained an icon in the city until it was demolished in 1982. Simplot donated the land to the city and by 1989 Simplot Square was completed. 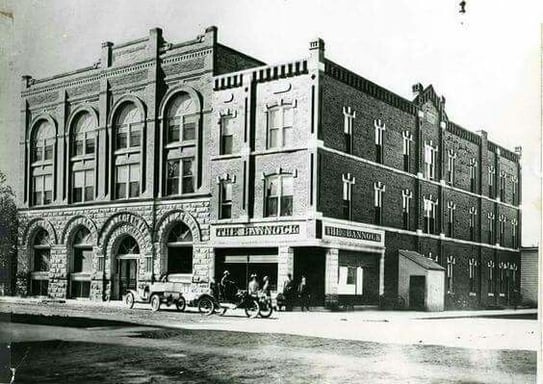 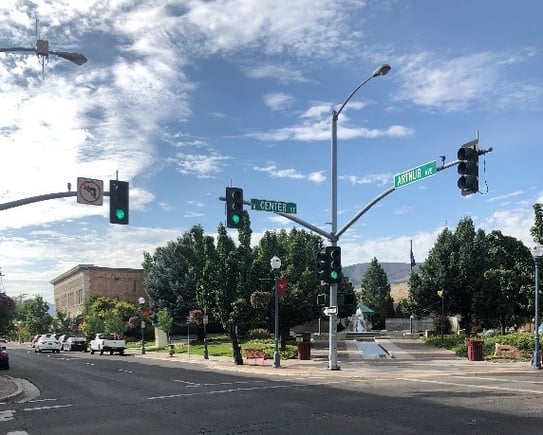