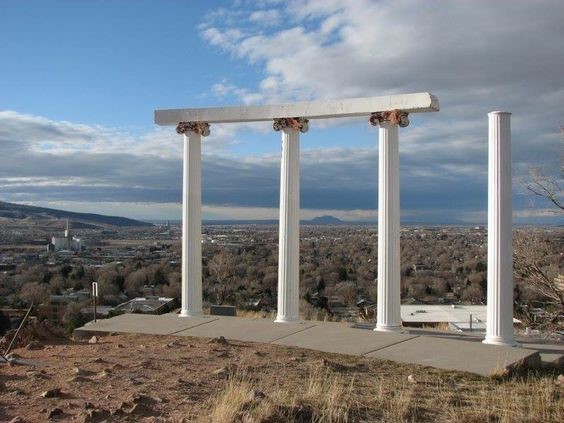 The columns on Red Hill were the main features of the McHan Funeral Home (later McHan-Henderson) on South Arthur in old town for fifty years. The business, established in 1916, was demolished in 1966 when it relocated to N. 15th Avenue as Henderson (now Cornelison) Funeral Home. 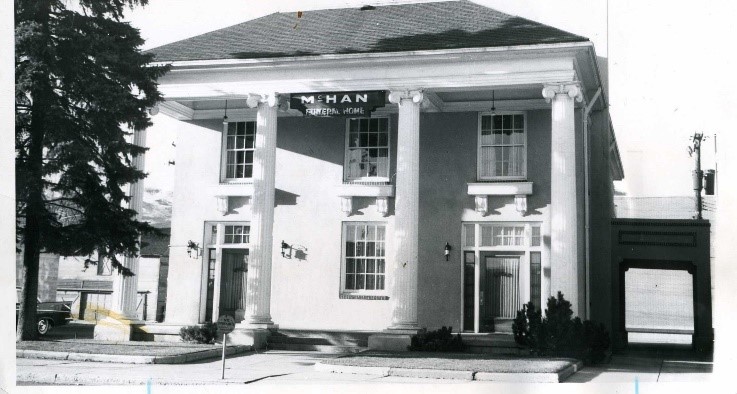 The columns, three intact and one with a broken capital, were donated to ISU. After several years in storage, the general consensus, including then ISU president Bud Davis, was to place the columns on the top of Red Hill. Three of them were connected at the top with a curved beam. The fourth column, the broken one, stands alone. The ISU Alumni Association provided funds for the project which was completed for dedication at Homecoming in 1970.

According to Bill Ryan, former ISU Alumni Director and journalism professor, one idea for symbolism for the columns “…was that the three that are connected represent the student in school, surrounded by friends and classmates. The single column represents the student after graduation, standing alone but ready with an ISU diploma to face the world and its challenges.”