Did You Know? Pocatello Railroad Depot

Souvenir postcard of Pacific Hotel and Passenger Depot, constructed in 1883 with the top floor Mansard roof added in 1887 (photo courtesy of Justin Smith).

The new terminal brought about a number of changes to the downtown area. The plans were to eventually move or demolish the existing buildings and remove the steps leading from the Center Street viaduct to the old station making the viaduct simply a bridge between the two sides of the town. The Lander Street crossing was also closed leaving the viaduct and the Halliday Street underpass as the only ways to access both sides of the downtown area.

The depot opened officially with a big celebration on August 20, 1915. There were parades, dances, speeches by Mayor George Williams, a history of the OSL by former Idaho Governor, Senator James Brady, and an address by then current Idaho Governor Alexander. The speeches at the station were followed by a baseball game between the local team (the Indians) and an Idaho Falls team. At the same time, a children’s dance was in progress in the new Short Line station.

In the evening, a surprise occurred at the banquet for the guests and officials sponsored by the Commercial Club in the depot dining room. Senator Brady, a friend of former President William H. Taft, knew that Taft was passing through on his way to visit the Panama Pacific Exhibition in San Francisco. Brady requested the Short Line superintendent to delay the train and asked Taft to make a short appearance and have a drink at the banquet.

Taft made a few remarks and was returned to the train to continue his journey. Taft, who had made an official presidential stop in Pocatello in 1911, did appear briefly at the station opening banquet, but as has been common belief, he was not here officially for the celebration.

View of the Pacific Hotel and Depot from East Center looking west in 1909. The south portion of the hotel blocking Center Street was removed in 1910 to make way for the Center street overpass. (photo courtesy of Bannock County Historical Society (BCHS)) 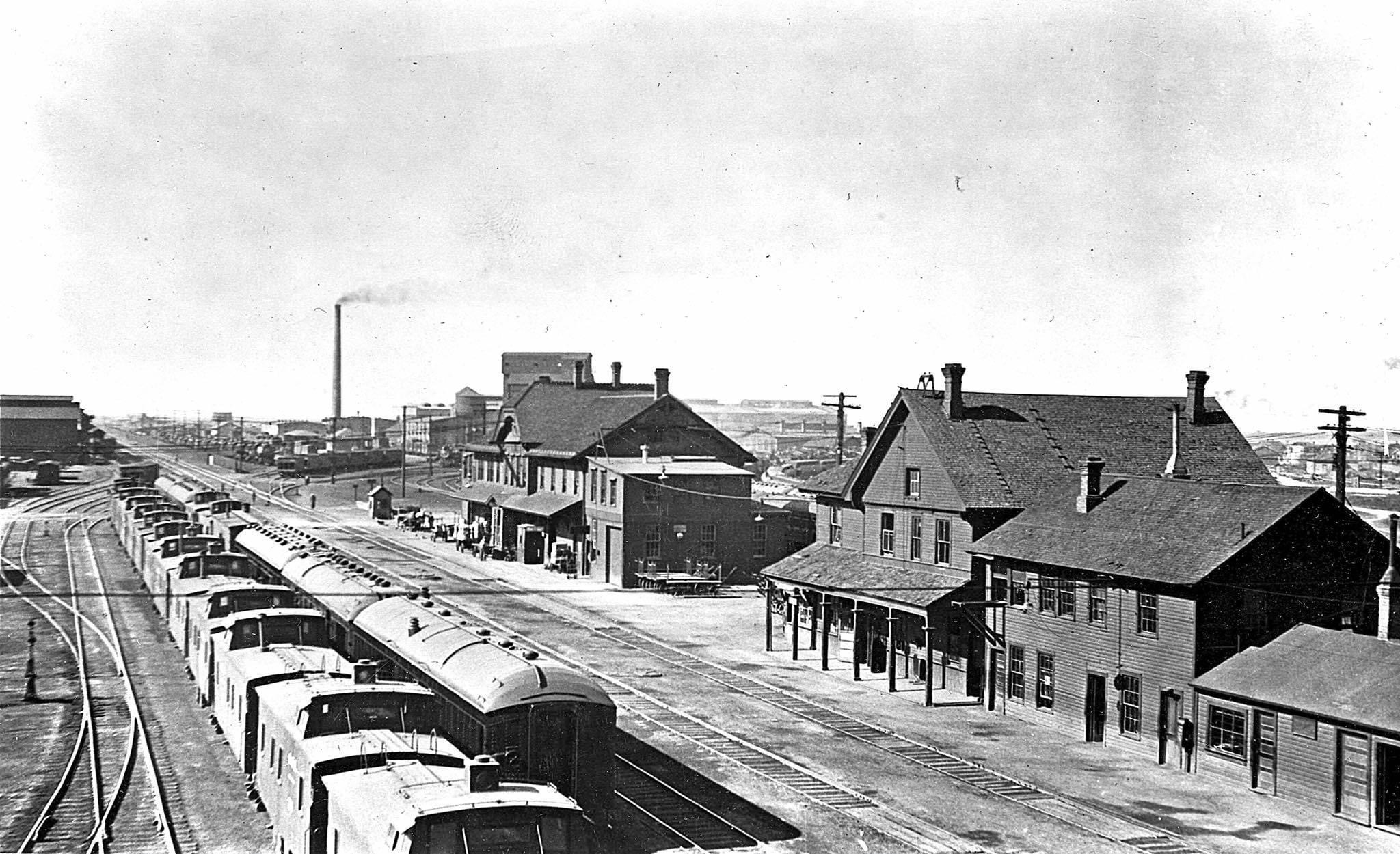 East side if the first OSL Depot on the south side of the lunch and bunkhouse taken from the Center Street viaduct. (courtesy of Justin Smith)

View of the Lander Street crossing looking southwest toward E. Center St. It was closed in 1915 when the current depot opened (photo courtesy of BCHS). 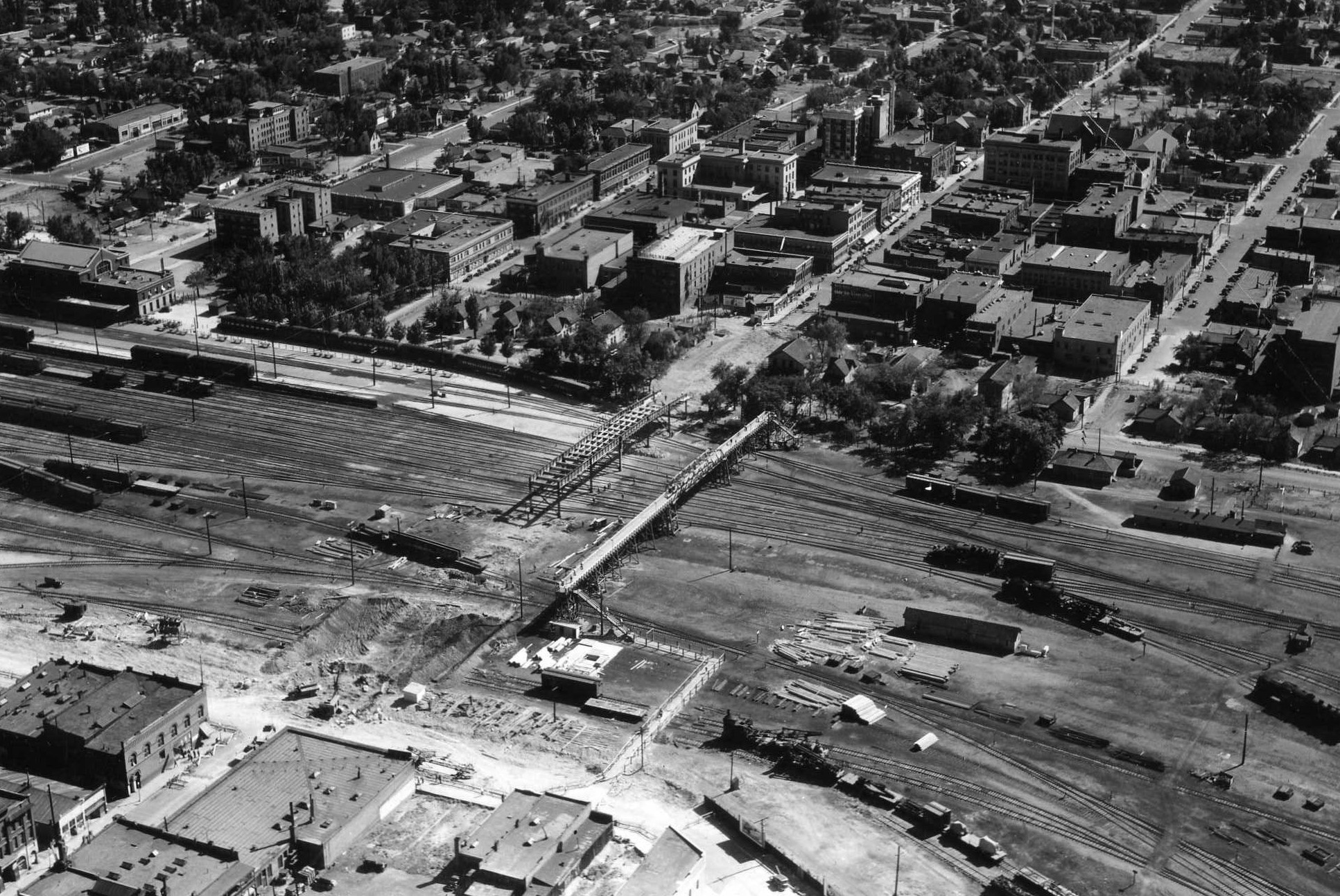 Center Street viaduct under destruction to make way for the Center Street underpass in 1934 (photo courtesy of BCHS). 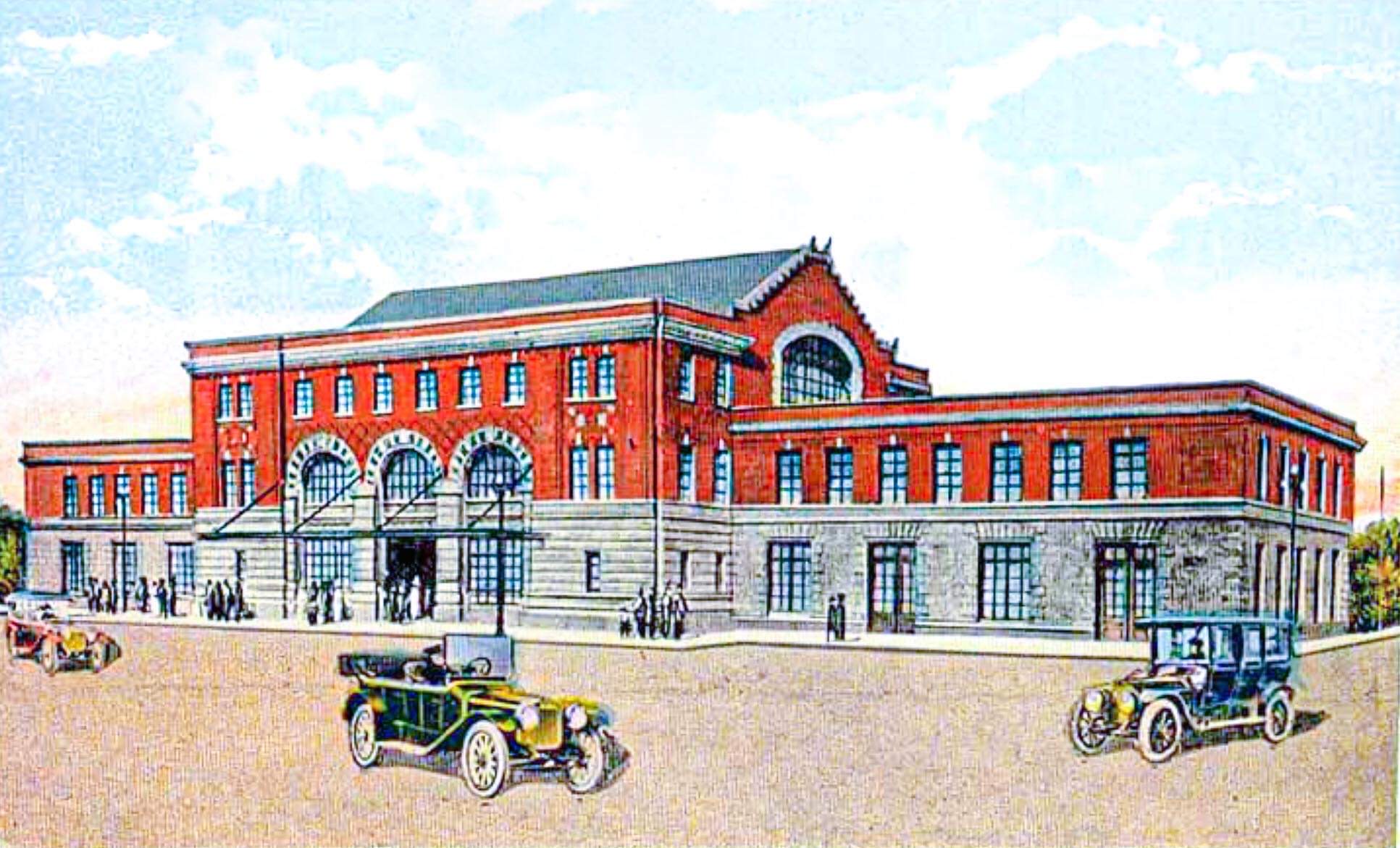 Souvenir Postcard of the OSL depot (courtesy of Justin Smith). 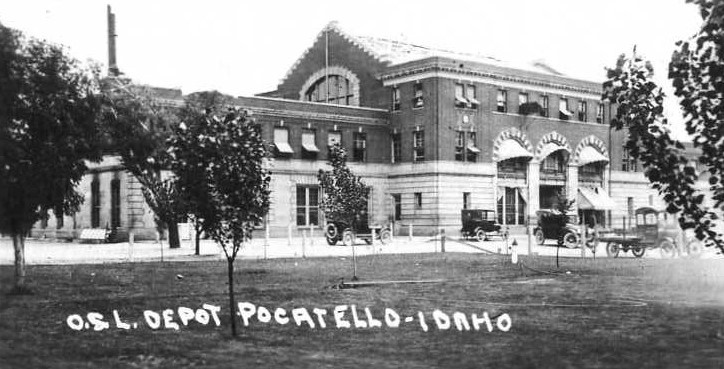 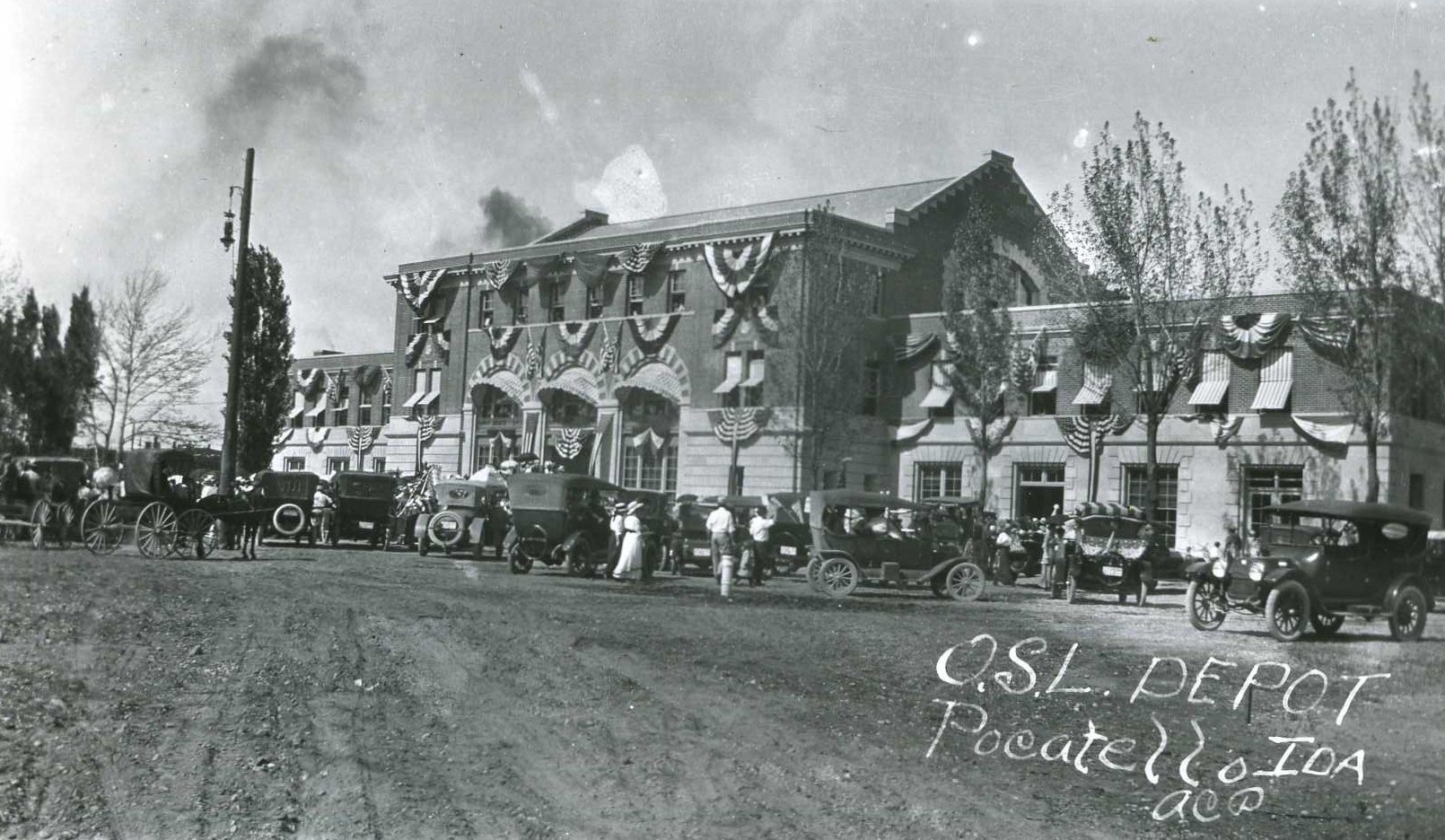 Railroad Depot decorated for a Fourth of July celebration similarly to decorations used at the grand opening. (BCHS)

Interior of the depot decorated for Christmas in the 1950s (photo courtesy of BCHS).