Several buildings in Pocatello’s Old Town Neighborhood exist because of fraternal organizations and secret societies. Such organizations (Elks, Masons, Eagles, Moose, and many others) were popular during the late 1800s and well into the twentieth century.

These groups functioned as social clubs, public service groups, or otherwise served the needs of members for interchange among others with similar beliefs and interests. They also provided social networking and socialization beyond day-to-day interactions. Their need for meeting places resulted in the construction of buildings for that purpose.

The standard plan was to construct a building in which the ground floor could generate income as commercial space and the upper floors could serve as lodge halls. According to city directories of the time, other organizations also used some of these halls for their meetings.

Four of these buildings are still standing in Old Town Pocatello today, though only one of them is still serving its original purpose. By the 1990s, most of these organizations had disappeared and the few remaining were declining in membership. 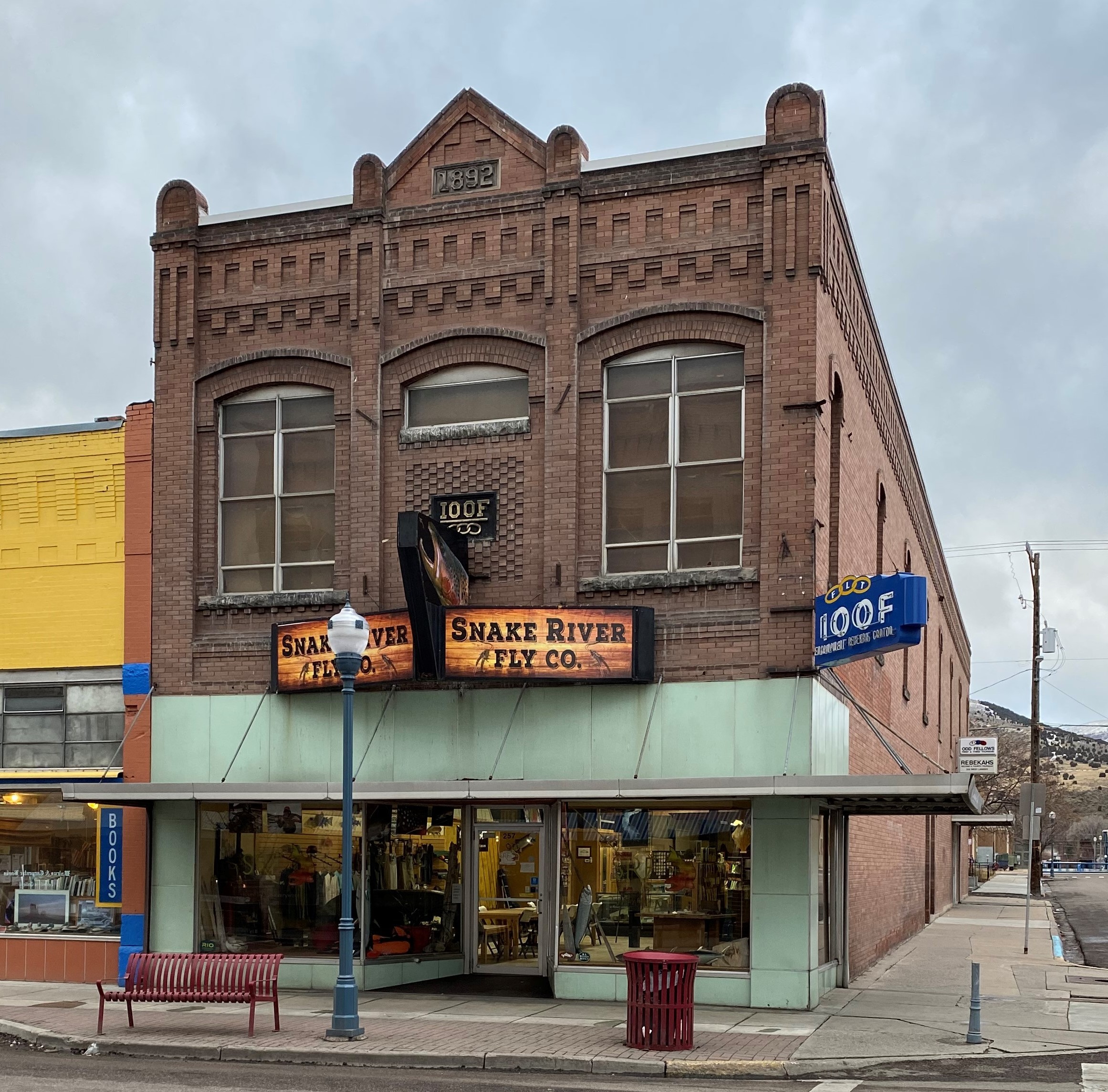 Independent Order of Oddfellows (IOOF) on Main Street was built in 1892. It is still in use by IOOF members and the Rebekahs (International Order of Rebekah Assemblies), an associated service organization.

The former Woodmen of the World (W.O.W.) building on the 200 block of North Main. It replaced an earlier frame structure in the same location between 1900 and 1907. 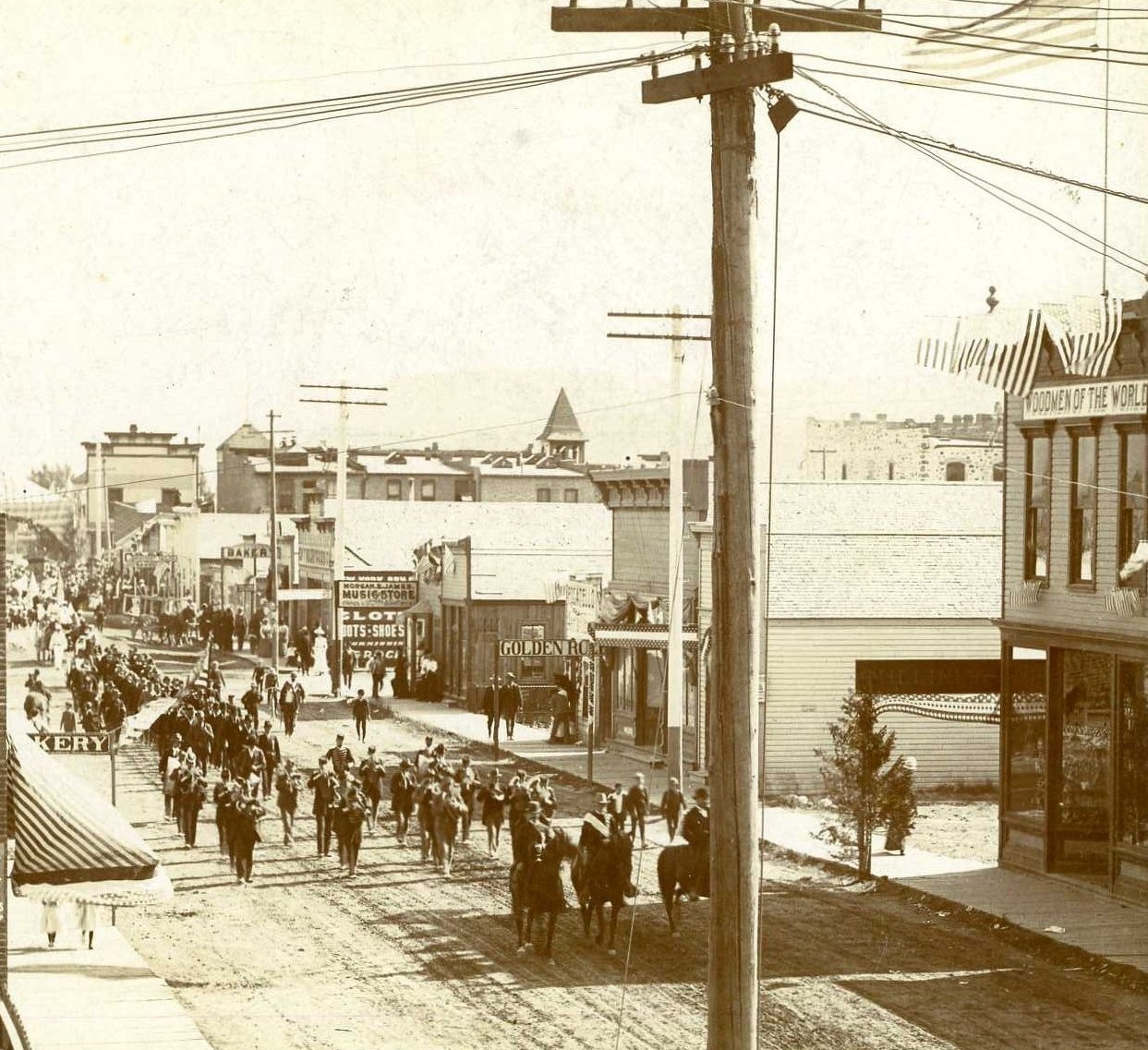 The original frame W.O.W. building is on the right in this pre-1900 parade photo on N. Main. 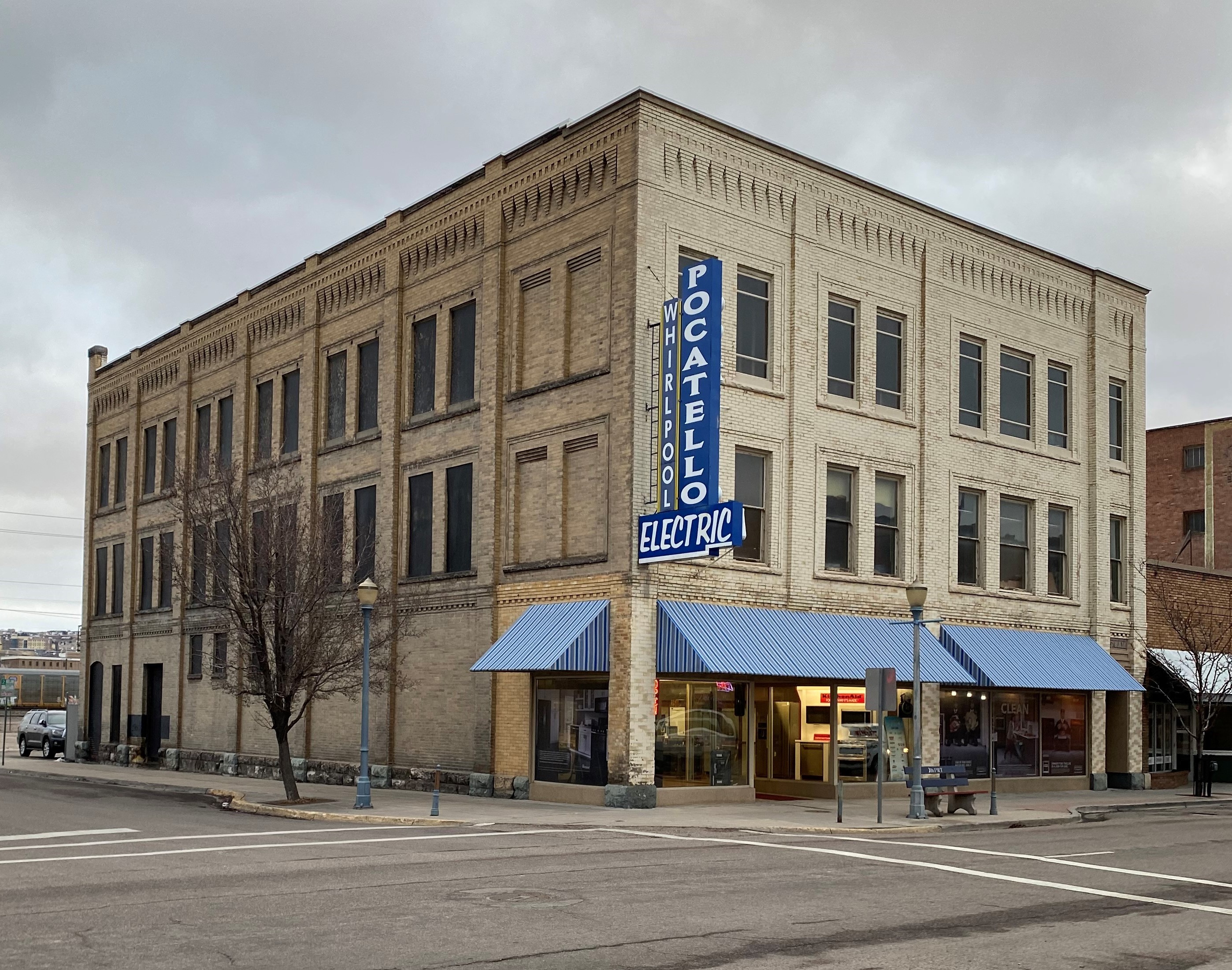 The original Masonic Block was built on Main Street across from the Oddfellows Hall between 1900 and 1907. The upper floors were the Masonic Temple until fire damage in the early 1940s. The current Masonic Temple is on N. Arthur next to Brady Park. 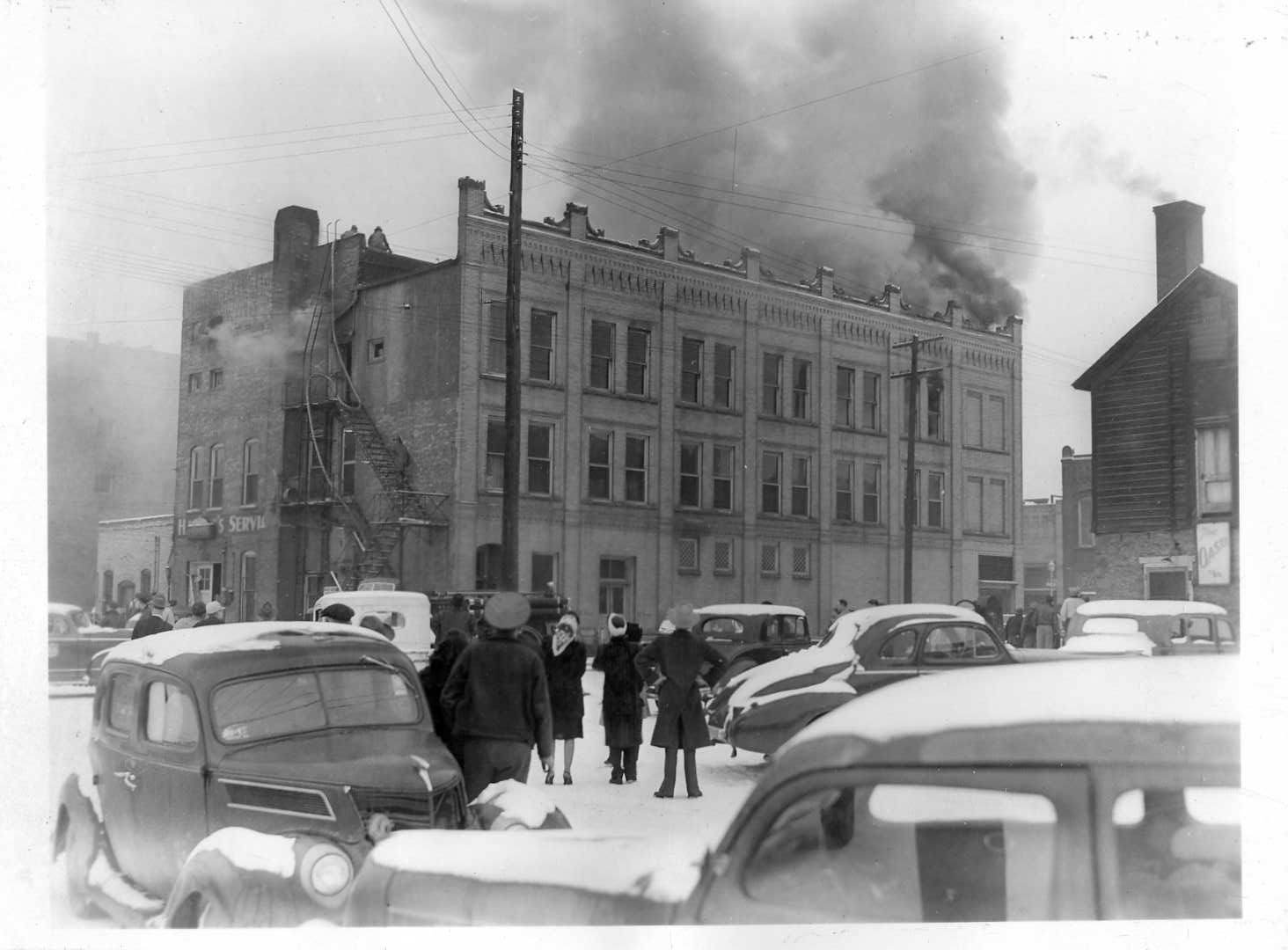 The Masonic block on fire. Fortunately, the structure was only damaged.

The Pocatello Neighborhood Housing Authority now occupies the ground floor of this building on the corner of W. Clark and N. Arthur. The upper floor, originally an Eagles Lodge, has been a hospital, a Moose Hall, and finally an apartment complex. The ground floor was commercial space until PNHA acquired the building

After the Lynn Brothers, it became the Moose Lodge. The former operating room became their bar and kitchen. The Moose moved to a ground floor location on Main Street in the late 1980s.