Did You Know? Center Street Underpass 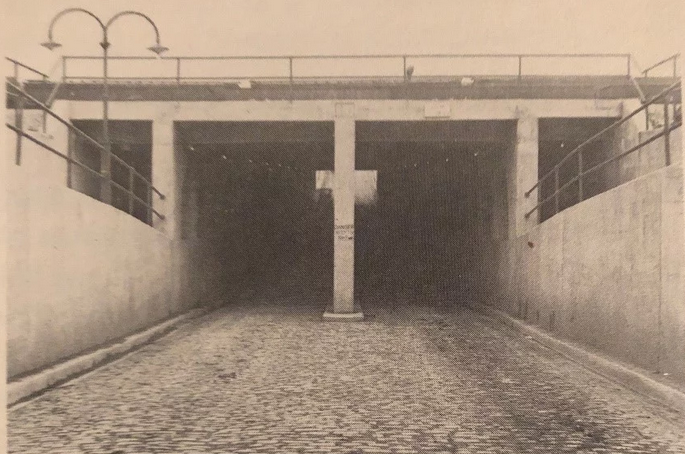 More than a century ago, the Center Street underpass was an overpass and the Benton Street overpass later replaced an underpass between East and West Halliday.

From 1878 to 1911, there was no way of crossing the railroad tracks through the center of the town without watching for and dodging train traffic. In fact, the Pacific Hotel/Freight Depot, located between rows of tracks, blocked part of Center Street to east/west traffic.

The south end of the hotel was removed to make way for the viaduct connecting East and West center Streets. The Halliday Street subway opened on August 12, 1911 and with the new viaduct under construction on Center would help to make a unified city. 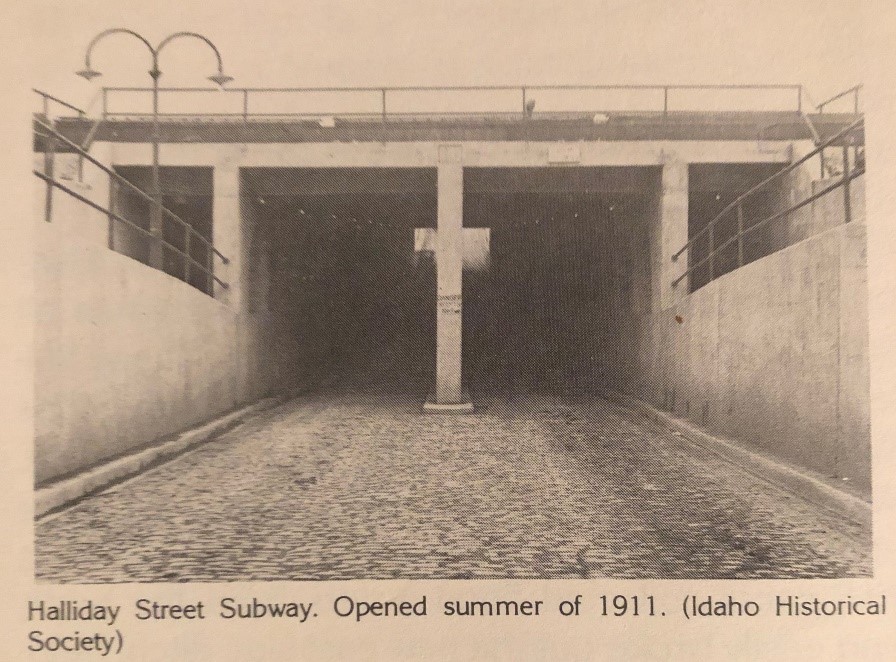 The Halliday Street subway opened in 1911. It had 400 feet of tunneling with 32 mammoth concrete center supports and 37 concrete arches on each side. (Idaho Historical Society)

It was dug out briefly in the mid-1990s for repairs to storm drains. (This and other photos courtesy of the Bannock County Historical Society) 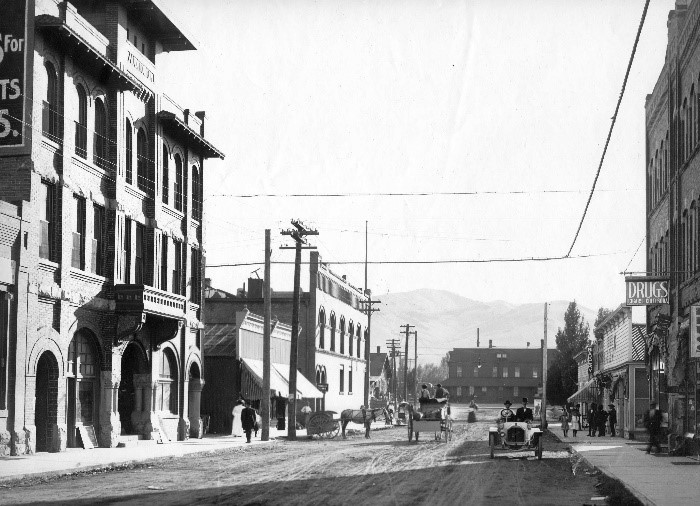 East Center looking west in 1909. The Pacific Hotel/Depot is on the location of the future viaduct. The south end of it was removed to build the viaduct. 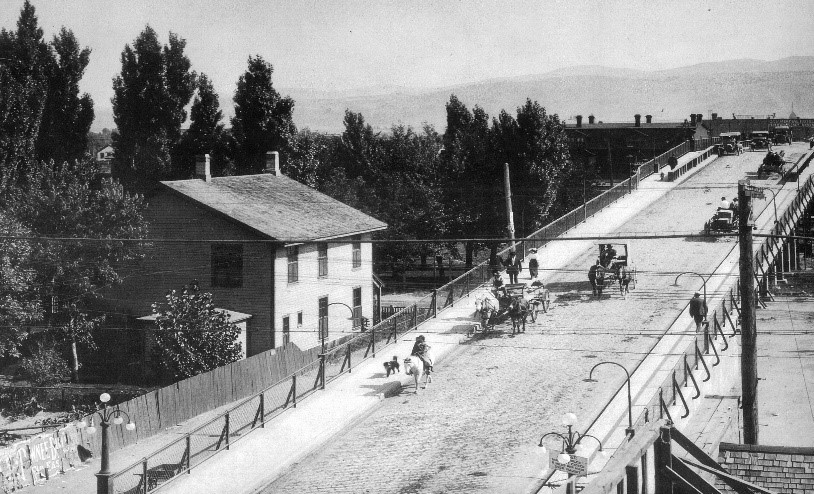 West Center looking east. The viaduct was a gradual incline from the west end. Paving of the streets was not completed until 1912. 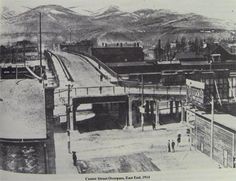 The east end, due to lack of open ground, had an abrupt turn north onto Pocatello Avenue.  Another ramp was later added to the south side to provide access from S. 1st Ave.  East to west entered from Pocatello Ave. and west to east exited to 1st Ave. The Pacific Hotel/Depot is to the right of the bridge with the former street-blocking end removed. 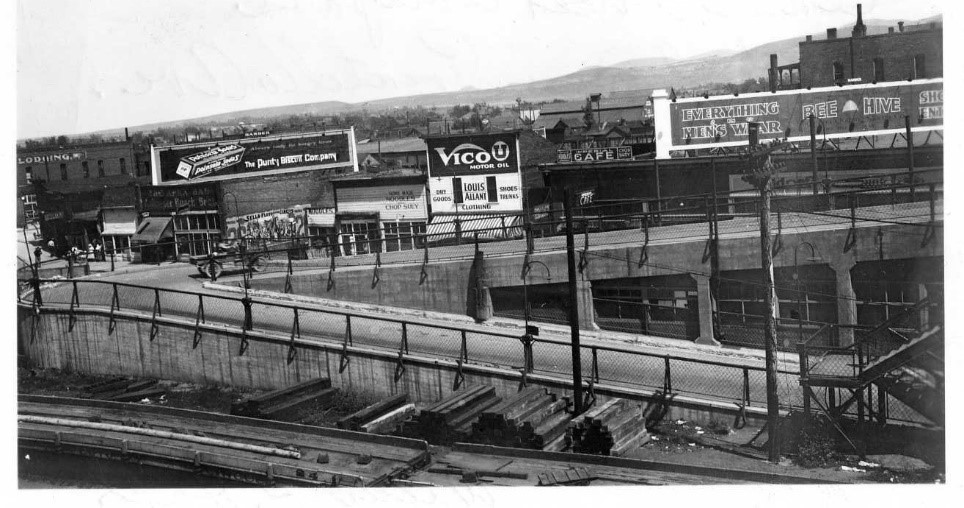 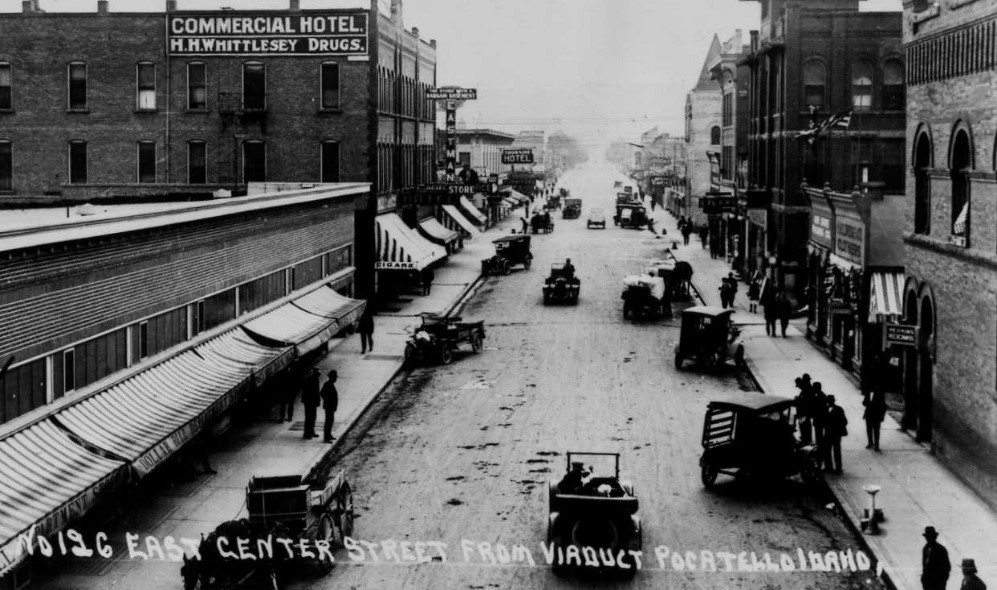 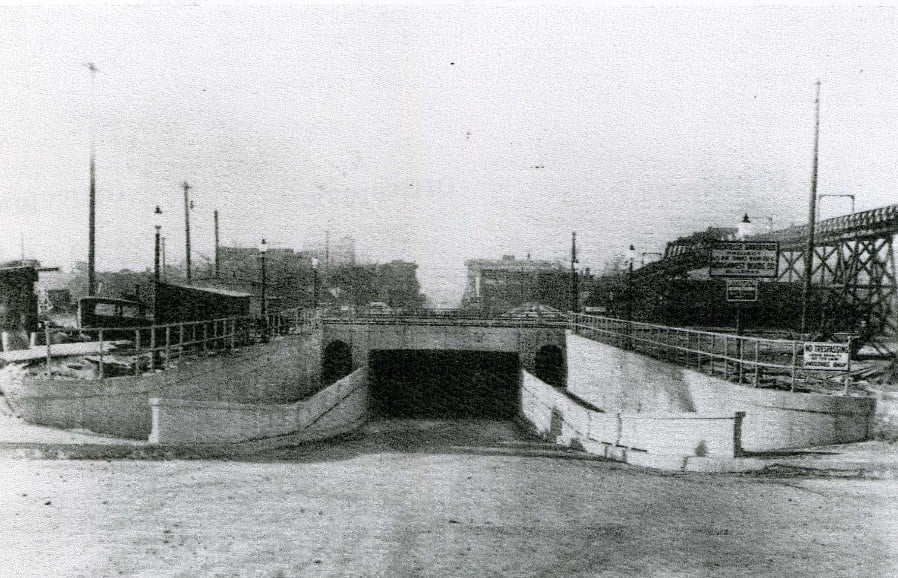 The Center Street underpass replaced the viaduct in 1934.