Did You Know? 1902 Pocatello Land Rush

On June 17th, 1902 Pocatello experienced a land rush like the famous Oklahoma land run of April 22, 1889. The Pocatello townsite, which had been established by an act of congress in 1889, was to be expanded by an agreement with the Shoshone and Bannock tribes on February 19, 1898, but it was not until President William McKinley signed a treaty purchase bill enacted by congress June 6, 1900, that a land distribution plan was possible. By this treaty purchase, 418,000 acres were opened to settlement that would add five miles to northern Pocatello.

President Theodore Roosevelt signed the release May 7, 1902, but it took until June 17 to make all the rules, costs, guidelines, precautions and plans to conduct the land rush. It was anticipated that the land was rich in various minerals and at least 100,000 acres of this land were potentially excellent farming land.

June 17 was full of thrills. Pocatello had been crowded with newcomers and spectators for days. The “run” was to begin at noon and early that morning prospective landowners lined up in buggies, wagons and on horseback to run for the land. They would have to stake a claim then rush to the government land office in Blackfoot to file their claims. 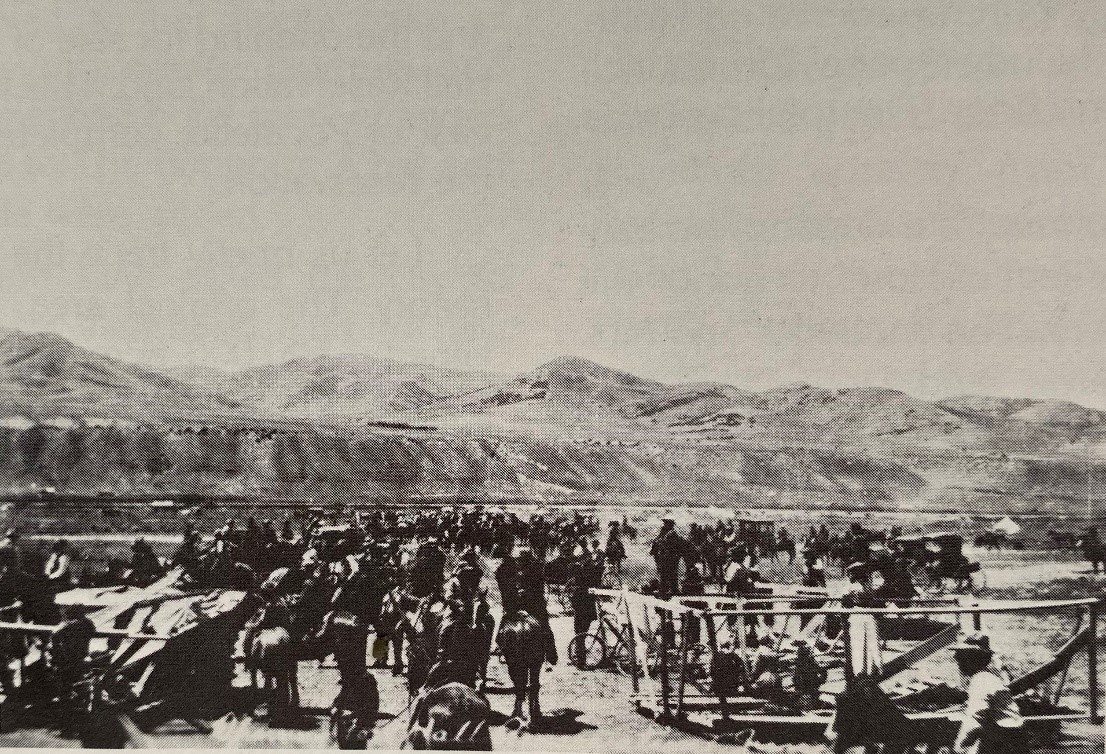 Land rush hopefuls lined up prior to the starting whistle.

By noon, Red Hill swarmed with people to see the start of the race. Mounted Shoshone and Bannock, under Major Fred A. Caldwell, Superintendent of the Fort Hall Indian Agency, patrolled the boundary to prevent “sooners” from leaving before noon. The shop whistle from the railroad yard was the starting signal and the race was on.