Covid-19's Economic Impact on the United States and Idaho

Our lives came screeching to a halt over a year ago. Many of us lost jobs, delayed education, and struggled financially. In addition to our health, Covid-19—and the subsequent lock downs and quarantines—affected the US economy. Those effects were felt both on a personal and national level.

What has been the impact of the coronavirus on our economy? How does Idaho stack up to the rest of the nation? And when can we expect things to return to normal?

One of the most shocking things about Covid-19's impact on the economy is how quickly it forced everything to shut down. For some industries, the halt happened almost over night. Others took longer, but over the course of a month most industries came to a stop.

The change was quickest with leisure and recreation industries. On March 8th, reservations across the restaurant industry were down only 1% from the previous year. The next day that number jumped to 14%, and by March 20 reservations were down by 99.35%. Restaurants adapted, moving to cheaper menus and offered take out and/or delivery, but even now the reservation numbers have yet to return to pre-pandemic status.

Movie theaters experienced the same kind of scenario. On the weekend of March 13th in 2020 sales were on par with previous years with the top-grossing movie at the time, Disney’s Onward, making $53,509,989. By the very next weekend, the top-grossing movie was I Still Believe, which only made $37,394, a 99.93% decrease in terms of sales. 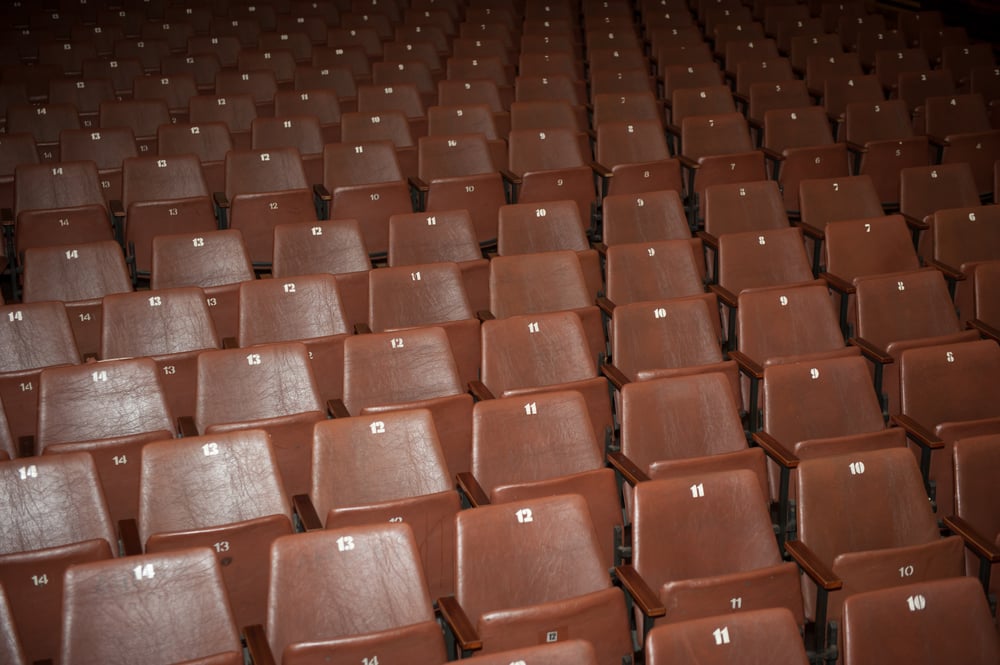 Cities that relied on tourism and recreation as their main economic activity, such as Las Vegas and Orlando, took hard hits. Small businesses also felt the impact with a 20% decrease in revenue by September of 2020 nationwide. With all of these—among other—industries struggling, the number of labor force participants not at work quadrupled from the start of 2020 until April of that year. From March to April alone the people not at work skyrocketed from 7.9 million to 19.6 million.

Not All Bad News

While the economy overall crashed—the United States GDP saw a decrease of 9.1 percent in the second quarter of 2020, the steepest quarterly drop ever recorded—some industries actually survived and even thrived during the pandemic.

Many of these industries were the ones deemed ‘essential’ during the crisis, such as grocery stores and pharmacies. Others simply had an easier time transitioning, like online shopping sites and tech industries. Just as Las Vegas and Orlando struggled to stay afloat, cities like Seattle and San Francisco thrived as a result of their tech based workforce..

The housing market is another industry that thrived during the pandemic. Thanks in large part to the federal government slashing its benchmark interest rate to almost zero (a move designed to keep prices steady and encourage investors) mortgage rates reached record lows of below 3%. These rates encouraged many to sell and buy homes, sending housing prices through the roof.

The State of Idaho’s Economy

Idaho is currently number one in the nation for its economic growth.

With that said, Idaho still felt the negative impact of Covid-19. At the start of the pandemic, Idaho’s economic trends mimicked the rest of the nation. The seasonally adjusted unemployment rate in March was at a record low of 2.5%, but reversed course in April, reaching a record high of 11.5%. 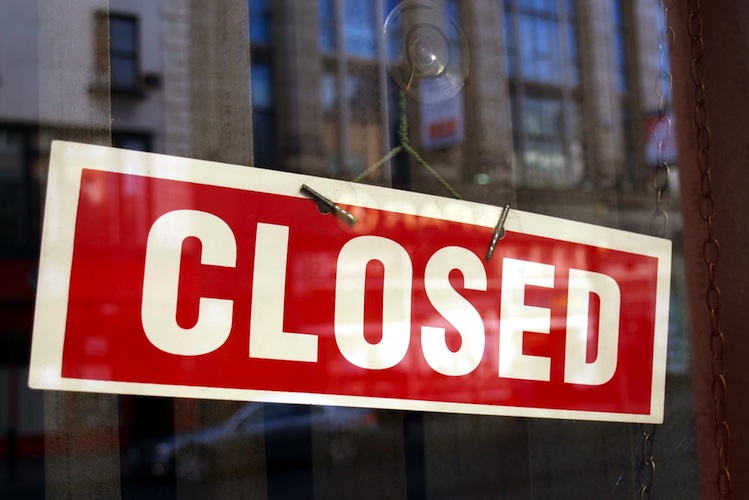 Small businesses took a large part of the hit. A survey conducted by the Idaho Department of Commerce reported that 69% of businesses had to suspend some or all operations due to the pandemic. The study also revealed that 51% of businesses saw a decrease in employment. Of the 51% of these businesses, 75% reported having to decrease employment by more than 75%.

So how did Idaho become the leader in economic growth following the initial pandemic wave? One reason is that Idaho’s economy comes largely from essential industries. In terms of sales, agriculture and food processing generate 28% of Idaho’s total economic output. Also, Governor Brad Little declared the construction industry essential, which helped play a huge role in Idaho’s ability to weather the pandemic.

Even throughout the pandemic, Idaho remained a preferred destination for people wishing to relocate. This was a large support to Idaho’s economy as housing prices across the state rose sharply. For example, the Boise Board of Realtors reported the average home price in Ada County reached $425,000 in December, an 18.3% increase from the previous year. The rise in housing prices was supported by a 16.5% population increase across the state from 2010 to 2020.

These circumstances were supported by governmental decisions during the pandemic. Idaho was one of the first states to announce a formal holdback. Also, since Idaho was one of the last states to have a confirmed case, preparations were able to be made based on the responses of other states. The federal government also gave Idaho $1.25 billion which is roughly 16% of Idaho’s annual budget. This money was used to support education and other programs.

All of this has resulted in Idaho ending its fiscal year with a surplus. At the end of 2020 unemployment had been reduced back to 3.8%, and Idaho was one of the two states in the nation—Utah being the other—to have more jobs currently than it did in February of 2020.

While it doesn’t mean Idaho is in an amazing place economically, we are in a better position than most. Governor Brad Little stated, “While other states are facing twenty- to forty-percent cuts, I have asked Idaho state government to prepare for a five-percent holdback this fiscal year. Holdbacks are never easy, but a lot of states would love to be in our position right now.”

A Slow Return to Normalcy 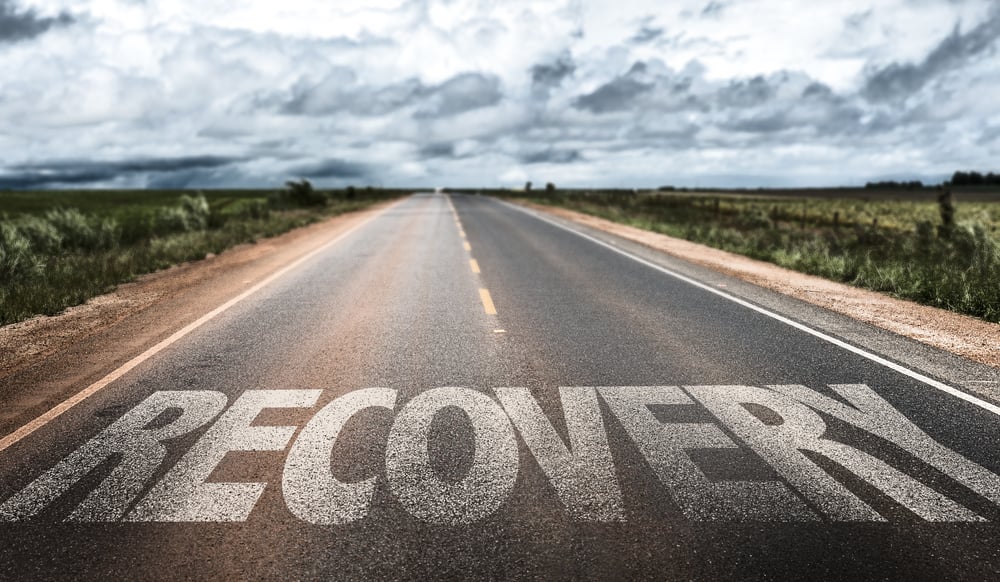 Covid-19 made a large impact on the nation’s and Idaho’s economy. Many industries, such as the restaurant and movie industries, are still recovering from the shock. Others, like the tech and housing industries have weathered the storm however.

Unfortunately, The pandemic and its effects aren’t done yet. Idaho and the whole nation will likely continue to feel the economic impact for years to come. Small businesses will have to fight for what they lost, and smart decisions on a government and individual level will have to be made in order to return the economy to its pre-coronavirus strength.

As individuals, we can be wise with our money and spending and look out for one another. Getting vaccinated and wearing masks where needed will also go a long way to helping end this pandemic sooner rather than later.

As it stands, only 50% of Americans are vaccinated. While there is no hard data as to the percentage needed to effectively end the pandemic, most experts suggest that somewhere around the 80% mark is what we’d need to return to normal.

We can each do our part in helping each other. And with enough effort and patience, we can finally get to a world where Covid-19 is a thing of the past.