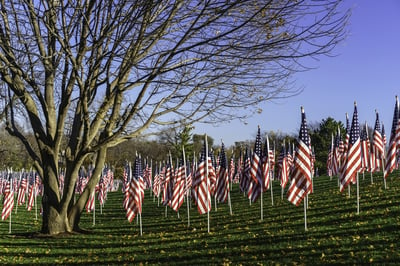 This upcoming Friday, November 11th is Veterans Day, which means for celebrations honoring United States Armed Forces veterans. Veterans Day serves as an important day for recognizing all military veterans that have served in the U.S.

In June of 1968, the Uniform Holiday Bill was signed into law, which established three-day weekends for federal employees to celebrate four national holidays that fell on Mondays: Washington’s Birthday, Memorial Day, Columbus Day, and Veterans Day. This bill was created to allow Americans the proper opportunity to celebrate these holidays in a way that was meaningful to them, such as traveling and being around loved ones.

Today, Veterans Day is being honored through many different celebrations across the country. A Veterans Day parade is occurring here in Pocatello this Saturday, November 12th at 10:00 AM. The parade will be located in downtown Pocatello, and will end at the heart of Idaho State University.

The Veterans Day event is honoring all six branches of the United States military as well as the local 13 Veteran Service Organizations. More information about the parade can be found here.

The History of Veterans Day https://bit.ly/3hqmHil