The Reality of Running 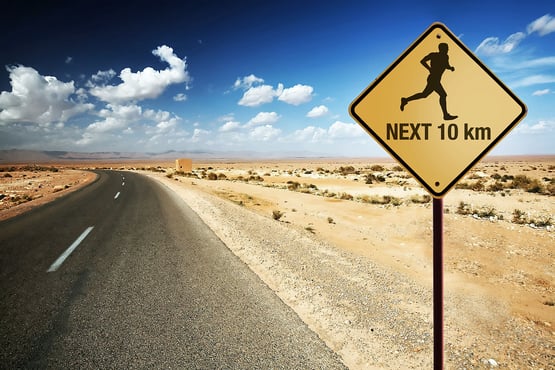 I remember watching cartoons on Saturday mornings, a cereal bowl rimmed with cavity-inducing Cocoa Puffs in my hands, and the Warner Bro's Road Runner stirring up dust on the TV screen. He was quick. He was devious. He only stopped running to let out his iconic BEEP-BEEP or watch Wile E. Coyote blow himself up in a mushroom cloud of failure.

I remember once while I was watching him zip around, the thought crossed my mind: doesn't he ever get tired?

At no point as I watched him zoom by did he stop because he was exhausted. It was only years later, when I would join the odd world of “Running for Fun”, did I realize just how fictional the Road Runner was. It is impossible to run that fast with that much energy for that expansive length of time.

But come the 2017 Olympics, with the famed Usain Bolt sprinting down the track, and winning. He didn't look tired. He sprung forward off that starting block like a coiled spring, as if energy was packed into every fiber of his muscles. He looked lively even after he passed the finish line. He looked invigorated. He looked like The Road Runner.

But here's a little contradiction: there is no such thing as a non-tired runner.

All runners are tired.

There is always something in the way of us being on the same speed-cycle as The Road Runner. You stayed up too late and now you're tired. Your lungs are prepared for a ten-miler but your legs feel sluggish and slow—and tired. Your body is in the best physical shape its ever been and you feel great, but your mentality? Tired.

Yet here's another contradiction: there is energy in being tired. 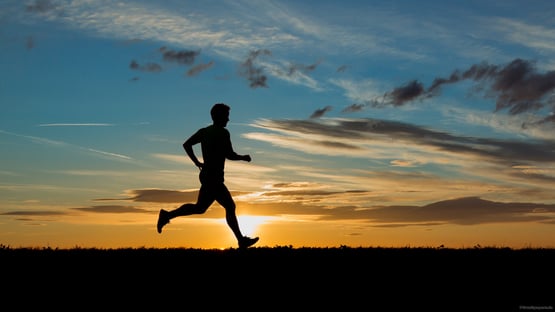 Because man was built to run. In fact, man can nearly outrun almost every animal on the planet. Before you go off thinking you can best a pack of cheetahs, what I mean is we can outrun animals in long-lasting running, the kind that many of us think we can't do.

It is called the Endurance Running Hypothesis, which scientists believed evolved from our ancestors 2 million years back when they were hunting in the African savannah. There was no easily achievable way to kill an animal from a distance, so instead they chased animals for long distances, winning when the animal gave up from exhaust.

It's in our biology to combat fatigue through our own persistence to win the great reward—which, instead of antelope and game, now comes in the form of medals, self-satisfaction, and donuts at the finish line.

And as someone who has run long-distance and actually enjoys it, I can say there is joy in the pain. It stems from the ability to break through what runners fondly call “the wall”, which is a moment in running where your body conspires against you and decides to feel as heavy as a metal safe stuffed with dumbbells and your veins leak with the burn of battery acid.

This is where you learn about persistence and how capable your body is even when it has screamed “Uncle” at you for the past five miles. This persistence becomes transferable, so that you learn not only to beat tiredness in running but also in many other areas of your life—at work, during a hardship, while trying new things, and more.

This is what running has taught me—persistence is the key essential when dueled with fatigue. Fatigue that comes to everybody, even Usain Bolt, even Katherine Switzer, even Steve Prefontaine.

Except The Road Runner. Because he's fictional.