Slow Down and Listen to the Album

In the mid 80s I was one of the first in my circle of friends to jump on to the Compact Disc(CD) bandwagon. Not only did I praise the ease of the format but would expound on the improved sound quality to anyone who would listen.

Over the next 30 years there have been many changes in the way we listen to music. First CDs, then portable and Car CD players, then MP3s and IPods and now streaming services and instant downloads.

Music is more portable than ever and is embedded in our everyday lives like no other time in history.

Recently I began listening to vinyl records again. I have a fairly large collection and started to hunt down 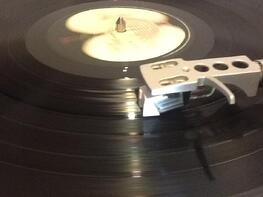 the missing favorites from my youth. Vinyl is not as easy to listen to as a CD or MP3.

There is a ritual in preparing the album for playing. Cleaning the record and stylus. Making sure to handle the records properly to prevent damage.

Then while playing the record you must also pay attention so when the side ends the needle does not rub against the center label and cause damage.

One evening as I listened to a copy of the Beatles White album, which is a double record set (4 sides) I realized that I was actually listening and doing nothing else. My entire concentration was on this one simple activity.

Right then I had an epiphany, I had not really listened to music like this in over 10 years. Because of the ease and accessibility of music in the digital format I had taken music for granted. Music had become background noise to any other activity that I was doing, not the activity.

Today everyone multi-tasks. We are always doing two things at once, always working on multiple projects at the same time, never fully focusing on a single task with undivided attention.

Then the thought struck me; if I have not fully enjoyed listening to music because of multitasking, how has multi-tasking affected  other activities in my life? Is the quality of my life suffering because I am spreading myself too thin throughout too many activities?

Douglas Merrill of Forbes writes in his article Why Multitasking Doesn’t Work, “Unfortunately, our brains 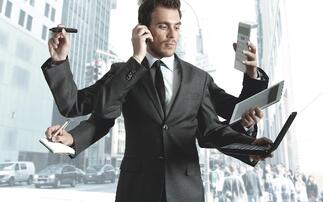 just aren’t equipped for multitasking tasks that do require brainpower.Our short-term memories can only store between five and nine things at once”.

Although multitasking allowed me to get more work done, the quality of my work suffered. I’m getting work done but it is not good work.

We are all guilty of multitasking, some of us more than others. We have tricked ourselves into believing that we are great multitaskers and our finished products are our absolute best. However, if I could not simply enjoy music because it was always accompanied by an additional task, how can I believe that I can multitask any activity and do it well?

Our culture makes us believe we have to multitask to get things done and that we should be plugged in and accessible all the time. We should learn to unplug and ignore outside interferences. Stop Facebooking and constantly checking email to concentrate on the task at hand. Even if the task is just listening to music.