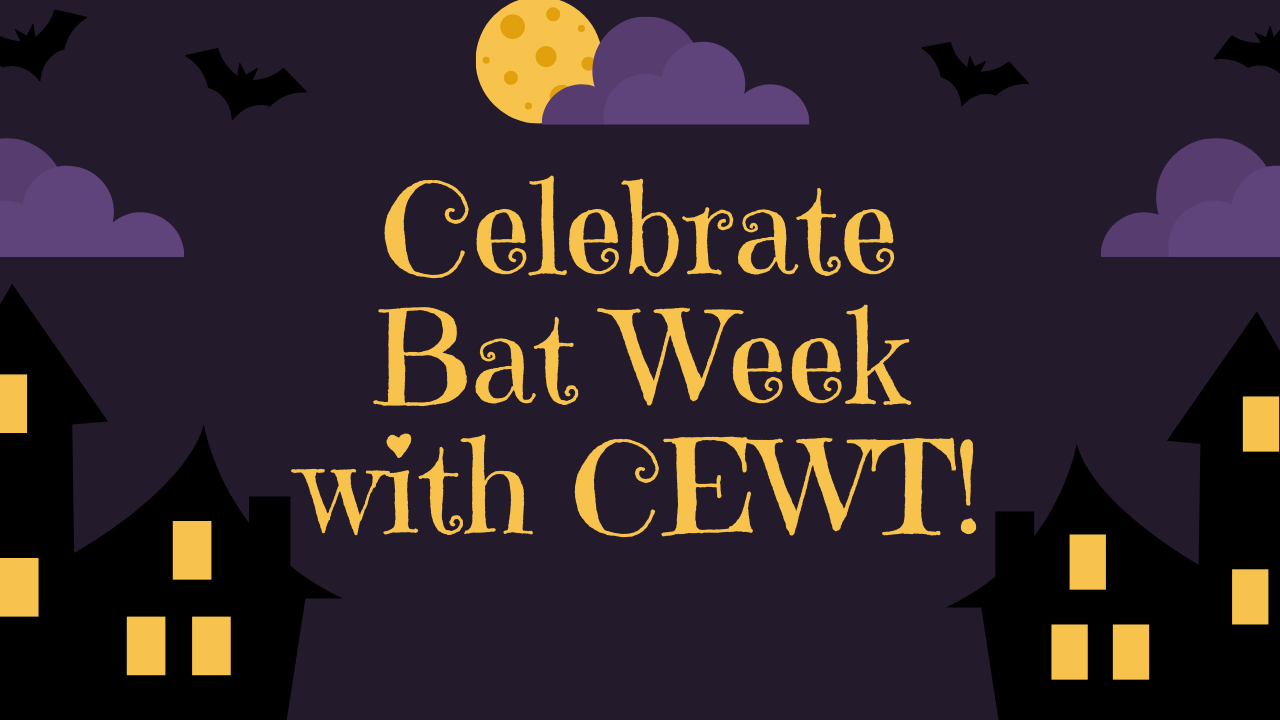 Most people love to hate bats, but they are more than flying mice that inspired a D.C comic book character. And there's no better time to learn more about bats than during International Bat Week. Here are some interesting bat facts!

In a multitude of ways and with 1,300 species worldwide, bats provide benefits globally (Weisberger).

There are two main types of bats: the megabats and microbats. Megabats are larger and generally eat fruit while microbats are smaller and primarily eat insects. Fruit-eating bats are fantastic at spreading seeds across their range and the insect eaters help control pest populations.

It is estimated that the 14 species of bats in Idaho save farmers $313 million annually by way of pest control as a result of their voracious appetites for insects (Jackson).

Without bats, you can also say goodbye to some of your favorite foods. Bananas, avocados, cacao, figs, and mangoes are mainly pollinated by bats (U.S Department of the Interior). Both of these services make bats very important to the agriculture industry worldwide.

Bats have been hated for centuries for spreading disease, being associated with witches or the devil, and the fear of having a bat swoop down resulting in entanglement in a person’s hair. All of these myths are unfounded. While bats can carry rabies, the disease can be carried by any animals including mice, squirrels, and feral cats or dogs, which are more commonly encountered.

As for the possibility of a bat getting tangled in your hair, it would be a little like a jet fighter not seeing a mountain on the radar system. Bats use echolocation and some bats use three different systems of echolocation tuned into different frequencies which makes their navigation system more complex and sophisticated than the military. They can also rely on their eyesight which debunks the myth that bats are blind (Shedd). So fear not if a bat swoops near you. They are really acting as the world's best bug repellant.

In spite of their many talents, bats are not impervious to disease. White-Nose Syndrome, a fungus similar to athlete's foot, is taking a toll on bat populations nationwide. White-Nose Syndrome is deadly to bats because it disturbs their hibernation state, or tupor and when a bat wakes up from hibernation, it returns to a normal heart rate and metabolic rate and risks starvation. People can also be harmful to bats when they enter cave systems during the winter hibernation months, block migration routes, or treat bats as pests to be eradicated.

So try something really spooky this Halloween and give bats a little love instead of thinking of them in fear or as flying vermin! Also be sure to check out ISU’s Continuing Education and Workforce Training’s CEWT Talk podcast with Idaho Master Naturalist Brenda Pace to learn more about these critters of the night!

You can learn more about the prevention of White-Nose Syndrome at: whitenosesyndrome.org

You can learn more about bats and bat conservation at: https://batweek.org/why-bats-matter/

U.S Department of the Interior. (2017). 13 awesome facts about bats, retrieved from https://www.doi.gov/blog/13-facts-about-bats