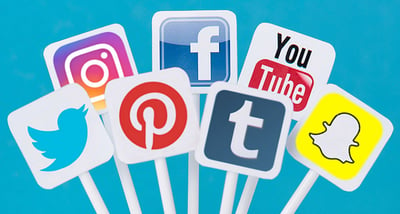 Methods of communication have evolved significantly since the creation of modern technology. The invention of the telegraph is credited to have contributed to exponential growth everywhere, not just within the United States alone, and ultimately led to an even more advanced communication device that we know and use today: the telephone.

The telephone was created in 1876 by Alexander Graham Bell, which was intended to be an updated version of the telegraph by communicating through actual human voices. Decades  after the creation of the telephone, multiple different styles of phones were developed according to advancing technology and the growing need for phones. In 1973, Motorola released the first ever mobile phone, which changed the trajectory of cell phone creation and implementation in society. Later, in 2007, Apple created the first ever smartphone known as the iPhone, which contributed to high demand in the mobile technology industry.

With social media comes an influx of images. Why exactly is social media primarily composed of images, and how do they affect us? Images capture our attention better while also being effective at getting viewers to remember content. Seems simple, right?

A phenomenon known as the Picture Superiority Effect may be the answer as to why social media is so full of imagery in place of text. It is believed that the human brain can process images faster than written or spoken words. In fact, it is hypothesized that humans process images 60,000 times faster than written words. Because of this, people tend to bypass written information if a picture is present instead.

With this information, we can assume that people today communicate better with pictures rather than words. Photos may be the new way of establishing a presence online. This is not necessarily a bad thing. Rather, it is just a new way of communicating with others. Communication in any form is all about messages. Every post that we see on social media has a message, including pictures as well!

Social media is a new, innovative communication method that is definitely worth learning about. For anyone interested, CEWT has a Lunch and Learn focused around establishing your presence on social media. More information about our upcoming Lunch and Learn can be found here.

Forbes: The Role of Technology In The Evolution Of Communication https://bit.ly/3M9WFLz