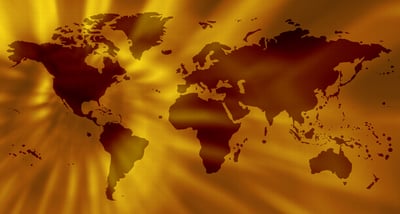 On Monday, October 10, we will be recognizing Indigenous Peoples’ Day— a newer holiday here in the United States that honors Native Americans. What has once been a day to recognize Christopher Columbus is now turning into a day of celebration for Native American culture and history, as well as recognition for the communities’ achievements.

Celebrations for Christopher Columbus had begun early in America’s history, dating back to October of 1792. One hundred years later, on October 21, 1892, President Benjamin Harrison became the first president to propose the idea of Columbus Day. Initially, the proposal was intended to represent the immigration of Europeans to the Americas, and celebrate the growth that our country had gained exactly 400 years after Columbus came to America. While this seems like a nice sentiment, honoring Christopher Columbus only had a negative impact on Native history, and completely silenced them for centuries.

Columbus Day represents colonization and oppression, and celebrating Columbus for such actions further silences Indigenous people from being able to speak about the cruelty that European settlers inflicted upon them. By changing focus from Columbus to the Indigenous people, we can shift the narrative away from the perspective of European colonization with Indigenous roots instead.


For anyone interested, Idaho State University celebrates Indigenous Peoples’ Day, and a celebration this year will be held on October 10. More information about ISU celebrations can be found here.

USA Today - What is Indigenous Peoples’ Day? Does it replace Columbus Day? Everything you need to know https://bit.ly/3M4BH0D