The History Behind Halloween 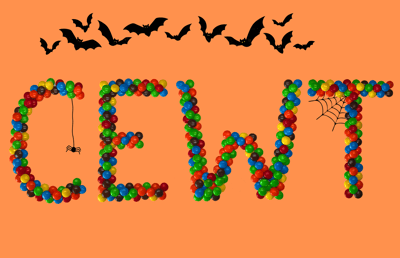 Halloween is one of the most popular holidays celebrated throughout the world. Early celebrations around the time of Halloween have all influenced the holiday to become the modern celebration that we know of today. As something that has become a day of fun, Halloween was once very symbolic for early celebrators.

Modern-day Halloween celebrations are an accumulation of traditions that date back for centuries. In fact, Halloween as we know it seems to encompass pieces of different cultures’ celebrations for the coming season, with a strong focus on honoring the dead and otherworldly beings. In order to understand the evolution of Halloween, we need to take a look at the earliest reports of October’s most notorious celebrations.

During this time, people would provide offerings for the deceased due to beliefs that spirits are able to travel from the spiritual realm to our physical realm during Samhain. Due to the nature of the spirits, Celtic priests (known as Druids) believed that they were able to make predictions of the future, which comforted many Celtic people for the coming winter.

One major aspect from early Samhain celebrations involved the lighting of a bonfire. Celebrators would take flames from the fire to light the hearths in their homes. People would also dress up in costumes made of animal skin and fur during celebrations. Today, Samhain is still being celebrated by many modern-day Pagans, many of whom still encapsulate much of the original ideas and traditions.

All Saints’ Day & All Souls’ Day

For many people who grew up with a European background, All Hallows Eve is something that we have commonly heard growing up. All Hallows Eve, which is what we now know to be Halloween, occurs on October 31, followed by All Saints’ Day on November 1, which stem from early Catholic practices.

Initially, in May of 609 A.D., All Saints’ Day was believed to have been established by Pope Boniface IV when he dedicated the Pantheon in Rome to the Virgin Mary and all martyrs. The holiday was moved from May to November by Pope Gregory III in the eighth century, most likely to align with Pagan celebrations of Samhain. In 1000 A.D., the church created All Souls’ Day to be celebrated on November 2- right after All Saints’ Day. This day was intended to honor the dead through prayer and observation.

The Catholic church actually began to adopt Samhain practices but with their own twist. Early Catholic missionaries traveled to convert Celtic Pagans to Catholics, and in doing so, began to incorporate aspects of the Samhain celebrations into their own celebrations on All Souls’ Day, such as dressing in costumes.

Día de los Muertos dates back about 3,000 years ago when people such as the Aztecs looked to celebrate death as a part of life. Early people believed that souls would travel to Chicunamictlán, the Land of the Dead, where they would then journey and go through different trials to reach Mictlān, the final resting place for the dead.

Today, Día de los Muertos follows many of the original ideologies that early celebrators of the holiday had. Many people celebrate through costumes, parades, music, food, dance, and decorations, and partake in decorating ofrendas in the families’ homes to honor the deceased.

The Irish immigrants inspired Halloween traditions that we do today such as carving jack-o-lanterns and trick-or-treating, with a strong early Roman influence on both Irish and American cultures in creating the activity of bobbing for apples.

Halloween became a day of fun and mischief. By the 1920s, Americans saw Halloween as a day of pranks, which was heightened once by the Great Depression and again during the ‘Baby Boom’ during the 1950s and 1960s.

Without the great cultural aspects that Halloween had, the holiday that we know and love today would not be the same. Traditions for the harvest season and ideologies of spiritual contact were seen in different areas around the world, and all at different times in history. This shows that, no matter your belief system or background, we can all see Halloween as a special time worth celebrating.