Games anyone? A Look at the Past, Present, and Future of Games. 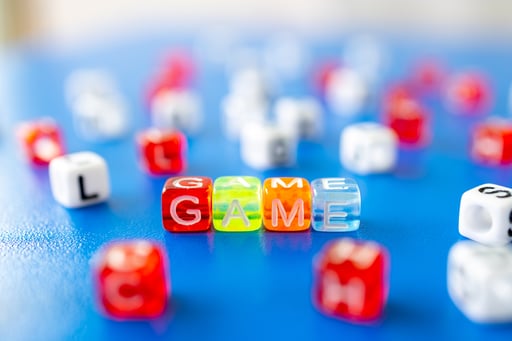 Games have been around for over a millennium. This issue of the CEWT blog will focus on the evolution of games.

The oldest playable board game in the world, The Royal Game of Ur, dates back 4,600 years. Its gameplay rules were found written on a cuneiform tablet (dating to 177 BC) and deciphered by curator Irving Finkel. While The Royal Game of Ur is the oldest playable board game known to man, it is not the oldest game in existence. The gameplay rules of many ancient games are lost to history. We know the games exist, we just don’t know how to play them. Senet, a game dating back to 3,100 B.C is one of the earliest known games1. A favorite of King Tut and Queen Nefertari, Senet rules do exist for modern play, but the rules are reconstructed and many variations exist2. It should be noted that royalty’s love of games was not limited to the Egyptians.

Commercial production of games dates back to the 16th century and the game of Goose. After being gifted to Phillip II of Spain, the game's popularity exploded3. The production of board games is a billion-dollar industry with expected industry growth. This expansion is due to a variety of factors including the re-emergence of tabletop games, team building through gaming, and the rise of game cafes and gaming events4. Gameplay took a massive leap in innovation with the invention of video games.

The invention of the first video game is widely attributed to physicist William Higinbotham. In 1958 Higinbotham created Tennis for Two. The game, similar to Pong, was an instant hit at Brookhaven National Laboratory’s annual public exhibition5. Video games, while born in research laboratories, were made popular in everyday America.

Video gaming grew into mainstream popularity with the invention of arcade games and home consoles. Its evolution grew with technology. Gaming is accessible on virtually every computer, tablet, and smartphone made today. Gaming is embedded into our social fabric. Its roots are in our history, its gameplay is a daily part of our present, and its evolution in our future will sure to be bold. Check back next week when we look at why we will look at why we play games.

To hear more from CEWT, about gaming, be sure to check out our recent podcast.