It was the Saturday of Memorial Day weekend. People in Pocatello were doing a whole host of activities with those they loved. But nowhere in the city, perhaps the state, was something as important as what we were doing. On that windy, slightly overcast day, we were gathered to dedicate the Gold Star Families Memorial Monument.

Located just off of exit 73, the monument is in an assuming place, surrounded by upcoming developments. But that didn’t stop a few hundred people from gathering there. Community members, members from almost every branch of the military, reporters, and most importantly the families of those honored by this monument were all in attendance.

Gold Star Memorial Monuments are built to “honor and remember the fallen and their families, who bear the loss of a loved one in military service to our nation and preservation of our freedom”. They can be found throughout the country, but this is the first and only one in Idaho. The idea for these monuments came from Hershel “Woody” Williams, the last surviving WWII Marine to wear the Medal of Honor for his efforts in the battle of Iwo Jima. His foundation is dedicated to helping all of us remember those who have fallen as well as their families.

Starting an hour before the ceremony, people began filing in on buses. The mothers of those fallen in battle typically wore all white, and the family members received roses upon arriving. In addition to the families, members of the military also began arriving, dressed in uniform.  Across the street, bikers parked in order to give a biker salute. 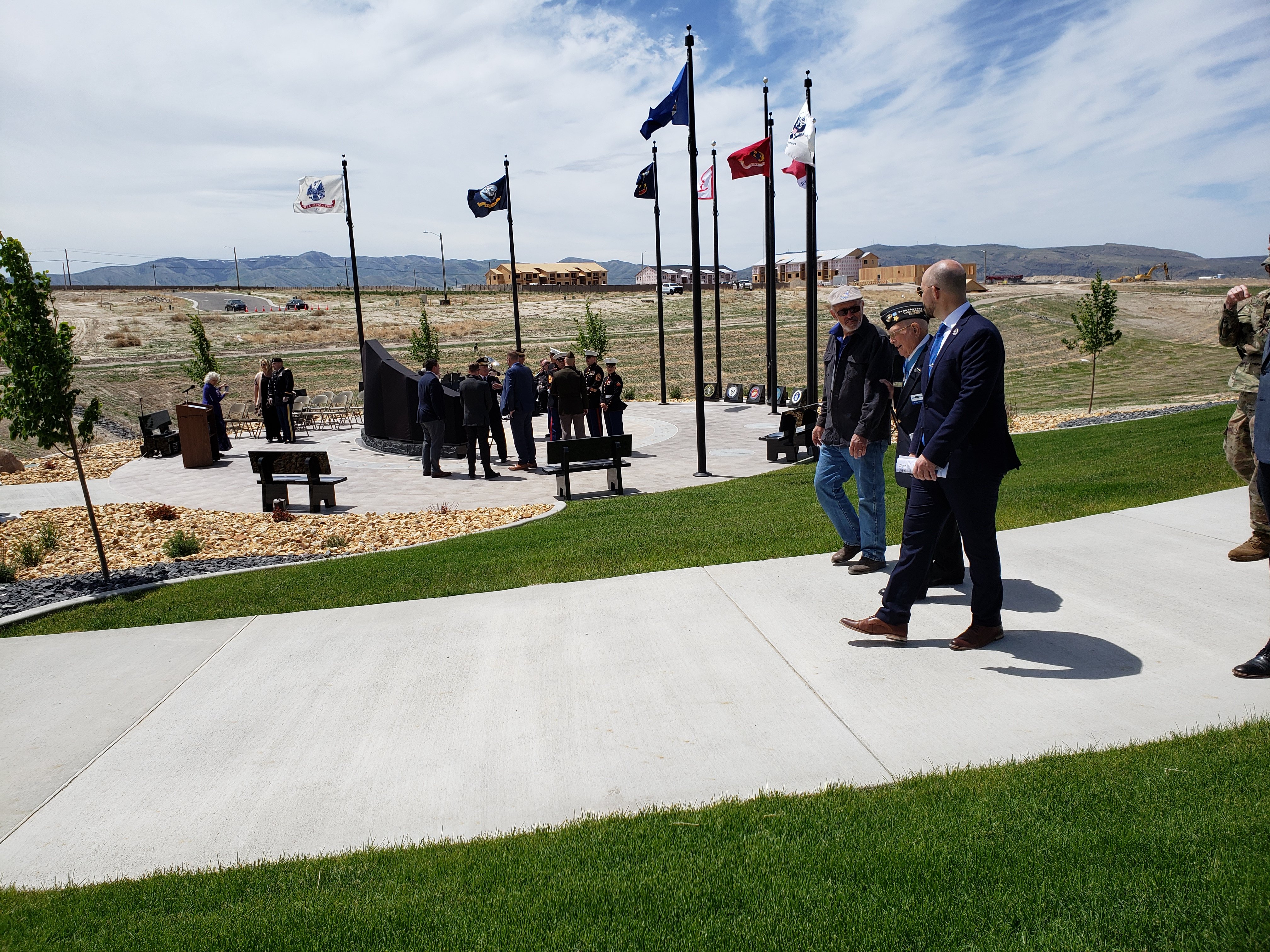 Once all the guests and distinguished members arrived, including Woody himself, the ceremony began. Following the welcome, flag ceremony, and national anthem, the invocation was given by CH (Maj) John Marinez of the Idaho Army National Guard. In this prayer he said that the ground upon which we stand is now “hallowed” and that people will come from all over for reflection and remembrance.

Indeed, that was the feeling that best described the proceedings of the afternoon. Despite the weather and the unassuming ground, one could not help but feel that what was happening was sacred and important, for both the families and all others who had come.

Following the prayer, a welcome was given by Rebecca Webb, the Chair of the Idaho Gold Star Memorial Monument Committee, who lost her son in 2017. The monument and everything that  happened that day could be attributed in some way to her. It was her dedication and willingness to keep moving and reach out that made it all possible. In her own words, “I had to make a choice of whether I remained in that pain and remained in that suffering, or whether I made the choice to try and reach out and help others”.

It is because of her choice, that all of us can better remember those that have fallen, as well as their loved ones. And that theme of remembrance carried on throughout the ceremony. The next speaker, Brigadier General Farin D. Schwartz, urged us to “take an extra moment to think and pray for the family members who have lost loved ones and have had to live with that loss every day”.  Chad Graham, grandson of Woody Williams and President of the Woody Williams Foundation stated, “this monument will stand for generations to serve as a stark reminder that freedom is not free”. 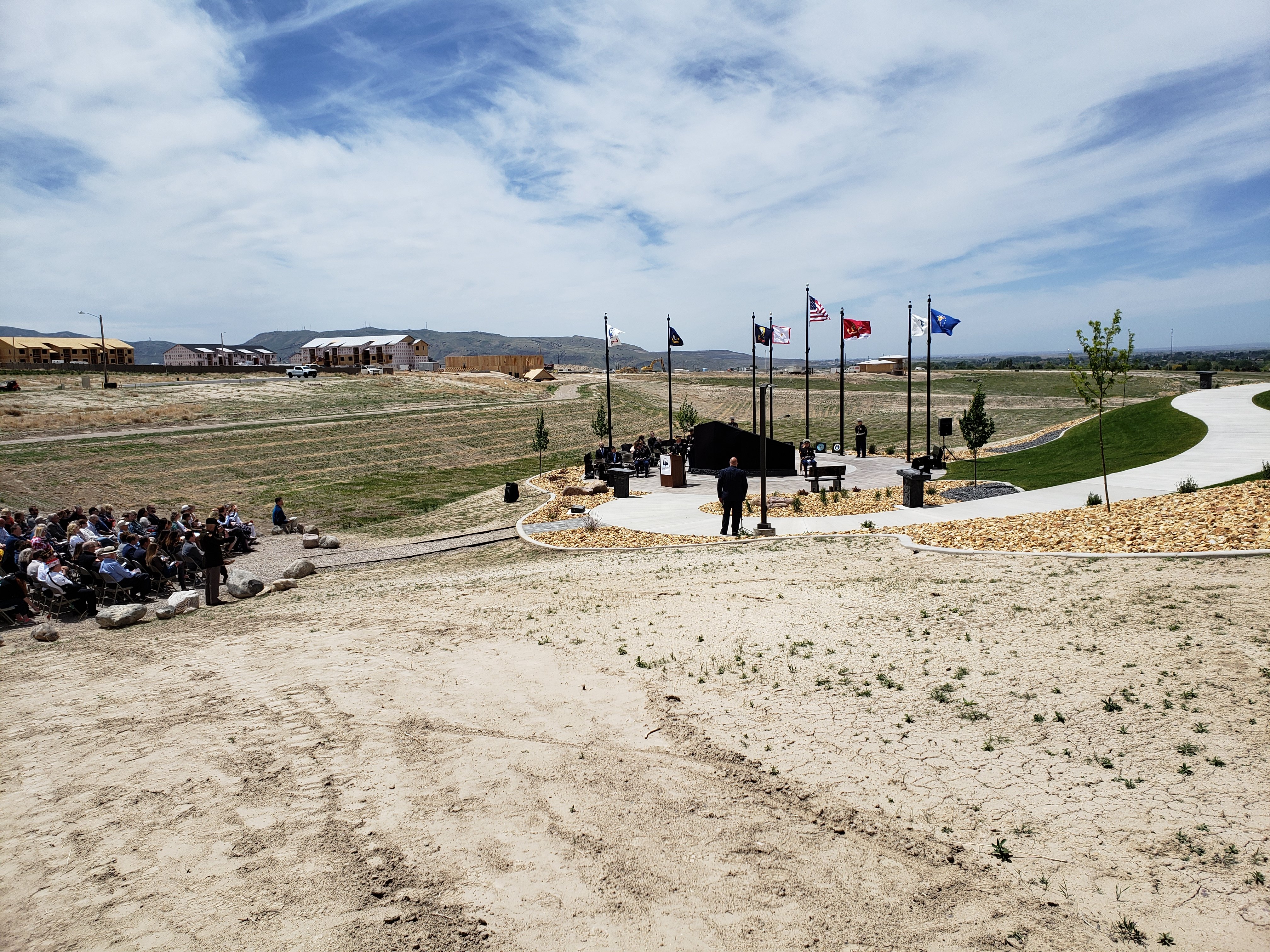 As I listened to the speakers, I couldn’t shake the feeling that Memorial Day was truly more than a day we can take off from our jobs. It is a sacred day where we are reminded about the price of freedom and the sacrifice of others.

The final speaker was Hershel “Woody” Williams. Even though these monuments come as a result of his foundation, he made sure to remind us that this day was not about him. It was “about those families that gave more than any of us”. He continued by calling the community to action, stating “This community, I believe, right now, has a new beginning”, a beginning where we can better recognize and remember the fallen and their families.

The sacred feeling of the area only increased as the unveiling took place. All of the family members of the fallen were asked to come up to the monument and were able to lay their red flowers down at the base. The names of the fallen were read, and Woody’s words to “say their names, learn their names, celebrate their spirit, and make certain that you carry their message and legacy forward,” came to the forefront of my mind. 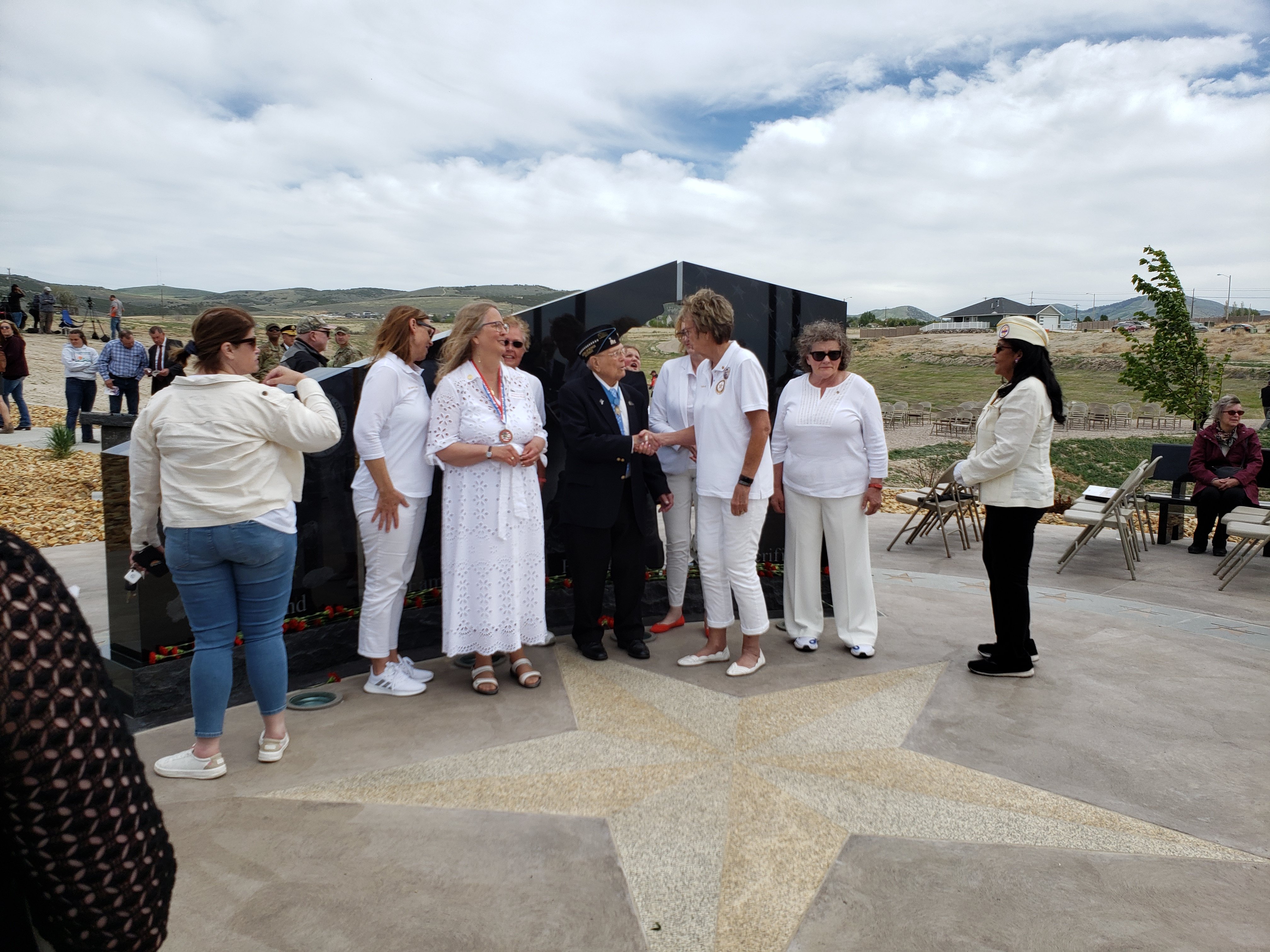 The ceremony closed with a rifle salute and taps. Following the benediction, that feeling remained still, even as people broke off and the formalities ended.

In an interview Woody gave afterwards, when asked how it felt working with the communities in constructing the monuments, he stated, “How can you get closer to heaven than that?”.