“Your emotions are not who you are.” - Laura Morrison

We all have them, the nasty little emotional triggers that set us off—into a towering rage, a fit of self-pity or feeling like curling into the fetal position while thumb- sucking.

While they are different for each person, instead of succumbing to an emotional tsunami, let’s consider 3 ways to build better, healthier responses.

1. Learn to recognize your triggers.

As simple as it sounds, many times people are caught in an unexpected swirl of emotion without really understanding what is driving their feelings.  A trigger for me is rudeness. I’m not sure what deep-rooted trauma caused this, perhaps it’s because I grew up being treated politely.

Whatever the reason, I will do almost anything to help someone who asks me nicely.  If they are rude and demanding, I feel my claws protract.

While working for an international computer company in customer service, I had occasion to speak almost daily with vendors and customers in New York City.  To me, they often seemed abrupt, sneering and downright rude. 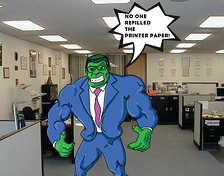 Being angry and unhelpful was out of the question, so I began to analyze what was happening and my response to it.

I discovered the words said were generally inoffensive, but they sounded rude.

It was the flat tone of voice and clipped cadence of speech I was interpreting as rudeness.

This simple realization helped me not only keep my cool with New Yorkers, but showed with amazing clarity I could control my emotions rather than let them control me.

The next time you have a sudden urge to throttle someone (or burst into tears, or run away screaming), take a deep breath, step back and think about it.  What’s causing this rush of emotion?  And what is the best way to deal with it?

2. Build trigger reactions that play to your strengths.

What do your friends think are your best qualities?  Your kindness?  Your courage to do the right thing?  Your quick decision-making skills? Whatever your strengths are, you can use them to make better reactions to your emotional triggers.

For example, our family once owned a practically worthless “beater” car that the teenage drivers in the house could use to get to school and work cheaply.

Within a five-week time period our personal ‘Christine-the Car from Hell” had 3 separate accidents—damaging the garage door of our new home, ruining an upright freezer, and rolling driverless out of the garage to hit a truck across the street.

Through all of this, no one was hurt and the car emerged virtually unscathed.  Though costly and infuriating at the time, it later became one of our favorite funny stories.

Put in a different perspective, many of our triggers become neutralized and non-threatening.  So if you are kind, use that kindness to give the other person the benefit of the doubt.

If you are quick to make a decision, use that mental acuity to revise expectations and outcomes and move on.  If you are courageous in doing the right thing, decide the best way to handle the situation.

3. Recognize when things are out of your control.

Charlie Jones, a sportscaster and author, covered several Olympic Games in his long career. At the 1996 games in Atlanta, he was assigned to announce the rowing, canoeing, and kayaking events—a situation that left him less than thrilled, since it was broadcast at 7am and the venue was an hour's drive from Atlanta.

Charlie recounts interviewing some of the athletes prior to the start of the races.  He asked them their thoughts about the frequently rough conditions of rowing. He inquired about how they deal with choppiness of the water, breaking an oar, and gusting winds. 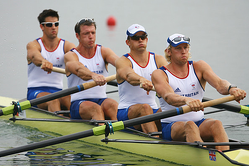 Each time the response was the same: "That's outside my boat."

These Olympic athletes had a remarkable focus. In their attempt to win an Olympic medal, he writes, "They were interested only in what they could control... and that was what was going on inside their boat."

Everything else was beyond their control, and not worth the waste of precious time and energy.

For many of us the lack of control is an emotional trigger producing a myriad of negative emotions. We cannot, as much as we would like to, control everything in our lives.  Which begs the question—what is really in our control?  The answer: Our responses.

Eleanor Roosevelt once said, “No one can make you feel inferior without your consent.”  Just take out the word ‘inferior,’ substitute any emotion and take your power back.