In the late 90’s, Jackie Chan and Chris Tucker starred in a movie that spawned one of my all-time favorite movie quotes.  In a critical moment of the movie, Chris Tucker (whose character is an American detective assigned to help a visiting Chinese detective played by Jackie Chan) turns to his partner, the semi-silent Chan, and asks, “Do you understand the words coming out of my mouth?”  It is a humorous turning point in the movie, but it is a situation that is occurring frequently as digital natives and immigrants try to communicate. 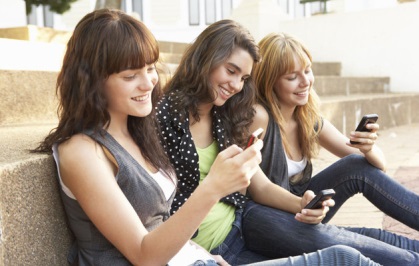 Digital natives are those who have grown up with digital technology and are fluent in its uses and communication styles.  Digital immigrants are those who do not come from a technology rich background and are adopting it to some degree.  I recently attended a meeting filled primarily with digital immigrants where we carried on a lively conversation until—as typical in today’s digital world—a phone rang and everyone reached for their hip or pocket to see if it was theirs.  As everyone chuckled about our reactions, the conversation turned to everyone’s distaste for the digital natives’ apparent lack of social skills.  “They sit in the same room and text each other” or “these young kids can’t even carry on a conversation” were some of complaints shared.  These are complaints that I have heard many times from immigrants, but each time I hear them I have to wonder how pointing fingers and shifting blame helps bridge the digital divide.

Transliteracy is a term that means “the ability to read, write and interact across a range of platforms, tools and media from signing and orality through handwriting, print, TV radio and film, to digital social networks.” The problem that exists between the natives and the immigrants is not that the natives are poor communicators, but that their mode of communication differs from the immigrant’s traditional communication. The digital natives are accustomed to communicating instantly, through the use of pictures, sounds and words and having multiple streams occurring simultaneously. Compare that with a more traditional approach to communication where there is only one communication signal happening at a time, primarily transmitted orally, and you can begin to see where the problem lies.

The French novelist, Marcel Proust, provided insight into what must happen for the two cultures to communicate effectively when he said, “The real voyage of discovery consists not in making new landscapes but in having new eyes.” My mother has an iPad and she is working on using it effectively. A couple of weeks ago I told her about a handwriting app that allowed you to use your iPad to hand-write your thoughts and convert them easily to a PDF for emailing. She laughed and exclaimed, “Another app, that’s just what I need!” Last week I received a handwritten letter from my mother in PDF form in my email. I was excited to read her handwriting again and to experience the closeness that comes from reading something like that.

Approaches to teaching, learning and communication are changing. Traditional ways of doing things are not necessarily invalid or arcane. The world we live in requires us to be transliterate communicators. This means that to communicate effectively, we need to pause, identify our intended audience, and determine the correct method of sharing our message. Some ideas cannot be fully expressed in 140 or fewer characters, some thoughts are expressed well by an Instagram and other thoughts require me to look you in the eye and tell you my story. 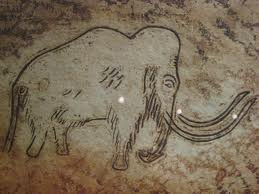 Many models for communication exist, but every one requires there be a sender and a receiver.  The old cliché that “it takes two to tango” applies to the digital immigrants and natives as they try to communicate.  Since cavemen began drawing on walls to tell stories, humans have sought ways to preserve and share thoughts and ideas.  While media may have changed, the intent is still there and finding a way to bridge the gap in understanding is paramount.  There is no right way to communicate, but there is a best way, and that depends on to whom you are talking.