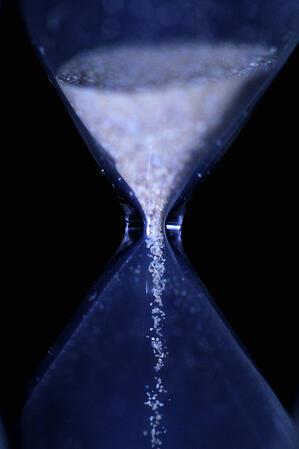 In America we like things fast – fast cars, fast horses and fast food – and the drive to be first compels us to find new ways to be fast. The typical news cast from Fox or CNN is an example of fast. Historically, we had to wait until six or ten p.m. to get the nightly news. When the news came on, we saw a Walter Cronkite clone in front of the camera delivering one story at a time, most important to least, slowly and deliberately.

In 1980, CNN came on the scene and changed the news game forever. News delivered to your living room 24 hours a day, seven days a week, was an amazing thing and our appetite for the continuous news cycle was born. With the advent of the internet, we no longer have to wait for anything – except packages from Amazon or pizza deliveries – and our thirst for immediate information grows exponentially.

To compete with the internet, the news casts began the scroll. The scroll is that strip of
information along the bottom of the screen that gives up-to-the-second information in case the talking head is going to slow for you or developments are happening so quickly they can’t keep up. This information rush has risen to new heights, especially in the workplace.

Last week I was scanning the internet when I came across a story that shook the very foundations of everything I learned in business school! The article, in the Wall Street Journal, touted the death of traditional résumés and proclaimed that twesumes are the cause. “What are twesumes,” you ask? They are 140-character descriptions of a person’s skills and achievements, delivered instantly to the entire world. For example a twesume may read something like: Insightful & Creative. Project & Leadership Exp. Luv fast pace & change #HireMe #Twesume. Did you catch that lifetime of experience in less than six seconds, with the added bonus of being completely searchable by potential employers?

In February, 2013, Dawn Siff, a job-seeking journalist, took to Twitter and its new video
program, Vine, to create her six second video twesume. In the video she holds up various props highlighting her skills and abilities and describes what the props represent. The video was fun and it went viral, increasing her Twitter followers fourfold and landing her on television. More importantly, it helped her get a new job within a short time period. 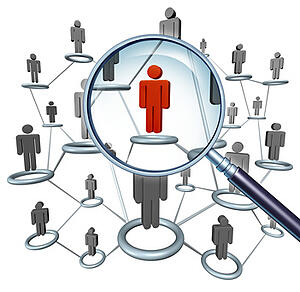 A 2012 Jobvite Social Recruiting Survey indicated that 92% of respondents use or plan to use social recruiting and that 73% of respondents successfully hired a candidate through social media. The survey also indicated a 43% increase in candidate quality and a whopping 50% increase in candidate quantity by those firms using social media in their search efforts. Currently LinkedIn is the most popular recruiting site, but the need for instant information is helping Twitter rise in popularity.

Traditional résumés are not dead yet, but they may be on the way out. With technology
shrinking the world, it becomes easier to recruit quality talent and have a pretty good idea of who they are before you ever meet. Recruiters who are savvy in the ways of social media watch Twitter and LinkedIn discussion groups for people who engage in the conversations and target active participants. This “electronic eavesdropping” gives a new twist to the old adage, “It’s not what you know, but who you know”.

The Twitter recruiting rules are still in the early stages of development, so appropriate do’s and don’ts are still anyone’s guess. Depending on your particular market niche, twesumes may or may not work for you. A survey by CareerXroads indicates that Twitter use was small among large U.S. company recruiters, but they expected future usage to increase.

While the new 24/7 news cycle may not be for everyone, neither is the social media job market. Many employers are still learning the ropes and are leery of the unknown. Job seekers are struggling to separate the professional posts from the personal posts and the line continues to blur between public and private life. To stay out of trouble, remember to ask yourself three simple questions (thanks Oprah!) before you post something online: Is it kind? Is it true? Is it useful? If the answer is yes to all three, you become a good candidate for future employers, whereas a no answer may lower your “hireability”. While it is not yet time to put the traditional resume out to pasture, it is time to recognize that your body of work may exist in the digital world for all to see and that is a game changer.