How to Make Time Stand Still and Get More Done

Recently I noticed a help wanted ad seeking someone 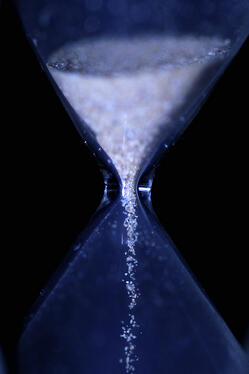 who could multi-task. The ad stated that this was a must have skill. In reviewing my own skill-set, I felt I would qualify as someone who is a good multi-tasker. I always have multiple projects going and find myself constantly juggling priorities to meet one deadline after another—sure signs of an accomplished task switcher. Later, I sat in a meeting where I had the opportunity to reflect on a body of work from an organization with which I had been working. As a group, we realized that the organization’s work was good, but it wasn’t great. There were unreturned phone calls, missed deadlines, flawed products shipped, yet the company was a successful leader in the industry.

I overheard a conversation where the speed that time passed was being discussed. The participants were commenting on how time seemed to be passing so much faster today than it did ten, fifteen or even twenty years ago. They even commented on how summers now are gone before you can blink an eye compared to the days of their youth when the summers seemed to last forever. In light of my recent experience with the company and in an attempt to connect seemingly unrelated events, I began to wonder if there was a correlation between time and multitasking.

In the 1740’s, Lord Chesterfield wrote a letter to his son in which he provided the following advice, “There is time enough for everything in the course of the day, if you do but one thing at once, but there is not time enough in the year, if you will do two things at a time.” If there are 60 minutes in an hour and you try to do two things during that same hour, then in reality that hour becomes only 30 minutes long. Now, add another task to that list and your original 60 minutes gets reduced to 20 minutes and so on. To explain the increased speed with which time is passing, I would propose the following formula, in which multitasking ability is rated on a scale of 1-10: Time Availability Compression = Hours in Day/(Number of Tasks to Accomplish X Ability to Multitask)2.

How does all of this apply to the world of business? Things pop up all the time which require attention, so we can’t just put everything else aside and focus on one thing at a time—or can we? A 2007 study by Basex estimated that businesses lose $650 billion a year because of poor job performance and creativity due to distractions. While multitasking does provide an emotional boost because we feel that we are accomplishing more, in reality we are feeding an addiction that is quickly spinning out of control. A 2012 study, published in Computers in Human Behavior, found that participants experienced a 50% drop in performance solving a pattern-matching problem while using instant messaging to give directions to another participant when compared to the control group. The study, Executive Control of Cognitive Processes in Task Switching, suggested that productivity can be reduced by as much as 40% when switching between tasks.

In a world filled with ADD, ADHD and numerous other attention span disorders, we feed the monster by continually adding more and more distractions to our lives. In business, we are often subject to customer demands or requests from other departments and don’t have any control over those issues. All of these demands can put too much pressure on us and force us to “shut down” and just not do anything. The trick to surviving in a multitasking world is to communicate.

As leaders, your job is to protect your people as much as possible, so they can be as productive as possible. Given that there are numerous tasks to accomplish, consult with your people about their workload and what can reasonably be expected; consider timelines and contribution levels when assigning new tasks. Before taking on new projects or committing to new endeavors, review your human capital to see if they can support the new demands and maintain the level of quality you expect.

As workers, cut as many distractions from your day as possible. Schedule time to read and return emails and voicemails—then stick to that schedule. Be willing to speak with your boss about prioritizing tasks before accepting new assignments; don’t just take on tasks without considering the consequences. 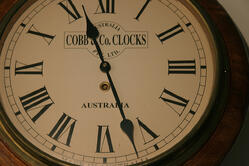 In our fast-paced, distraction-filled world, it is easy to feed the multitasking monster and make ourselves feel good because we are accomplishing so much. Reality says that while we may be accomplishing much, the quality of our accomplishments is diminishing. To be the best requires laser-like focus and attention that many of us experience only rarely. Think back to that time when you were really focused on a single task and entered the “performance zone”. The performance zone is that magical place of laser-like focus where time seems to stand still and your ability to get something done is amplified. When athletes enter the zone, the balls move slower, the baskets seem bigger and the opponents move in slow motion. This is also true of workers who enter the zone, the tasks seem easier, the quality gets better and the distractions go away. Most of all, when we are in the zone we get our full hour back.