Mentoring and the Peter Principle

Recently, long-term NBA Player’s Union Executive Director Billy Hunter, under investigation for his business practices, was placed on indefinite leave. One of the allegations against him was that he practiced nepotism. Many of the plum jobs at the union offices were filled with Hunter relatives and several lucrative contracts were signed with organizations staffed by Hunter relatives. While this case is not unique (family businesses hire family members all the time), it does point to a greater problem in the workplace.

Businesses that choose to follow Billy Hunter’s example of nepotism are destined for trouble. I am in favor of taking care of one’s family and I applaud business owners who are in a position to run a company as they choose, but I question the short sightedness of this approach. Nepotism leads to dissention, resentment and fear—each a prime ingredient in mediocrity. Nepotism puts a strangle hold on creativity and communication.

Nepotism leads to the Peter Principle, which implies that 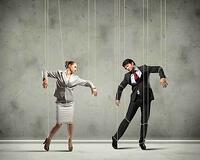 people will be promoted beyond their level of ability or to their highest level of incompetence. After promotion to leadership positions it becomes extremely difficult to remove them before the damage they do reaches critical mass. There is a flaw in human nature that causes us to inflate the abilities of those whom we anoint as our shining stars. In 2007, the Oakland Raiders drafted JaMarcus Russell as the first pick in the draft; three years later, he was released and has not played since. In 2007, (it must have been a bad year for drafting players) the Portland Trailblazers of the NBA drafted Greg Oden as the first pick of the draft. In March of 2012, he was released from the team after only playing in 82 games.

While the business world does not have a minor league from which to pick talent, the search for talent is continuous. Because finding talent in the business world is difficult, leaders often choose the path of promoting top performers or, like Billy Hunter, hiring someone close whom they can control. Countless articles cite a lack of leadership in the world today, with fingers pointing in a variety of directions. While there is a multitude of causes for the apparent lack of leadership, mentors are a potential solution to the problem.

By promoting top performers, businesses often suffer because they remove employees from a successful and profitable environment and put them where they may be uncomfortable and un-profitable. Through mentoring, businesses can identify those who truly want to lead and who have the talent and drive to be good leaders. According to the Wall Street Journal, about 70% of Fortune 500 companies offer mentoring programs and cite IBM’s practice of assigning a “connection coach” to each new hire as an example. Many small businesses do not have the resources for the mentoring programs that the “big boys” offer, but there are things they can do to be successful.

First, identify the leaders in your organization who have the traits and skills you want. If you are part of a small organization, you may need to look outside your team for mentors. Meet with potential mentors to outline the goals and expectations for the mentoring relationship. Next, identify individuals in your organization who have the desire and potential to become leaders. When pairing mentors and mentees, do not worry about matching personalities, but rather the mentor’s ability to connect and communicate with the mentee. The key to a successful mentoring relationship is the ability to relate and share positive and negative information.
Mentoring not only benefits the mentee, mentors often gain new perspectives and insights from studying new problems and challenges. Leadership, communication skills and personal satisfaction increase by participating as a mentor.

During this year’s Super bowl the San Francisco 49er’s young quarterback Colin Kaepernick experienced great success despite starting only ten games in his career. Jim Harbaugh, the 49er’s head coach gave some of the credit for Kaepernick’s success to Alex Smith, the team’s veteran quarterback. “Alex has really helped to coach Colin in meetings every single day," Harbaugh said. "He coaches Colin now more than I do.” 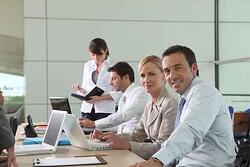 Alex Smith is the type of mentor to find—willing to take a leadership role and share experience with students in a collaborative way. Organizations that have strong mentoring programs are planning for the future. Mentoring is not a quick fix to a leadership shortage, but it is a long term solution.