Artificial Intelligence is Impacting the World- Here’s How 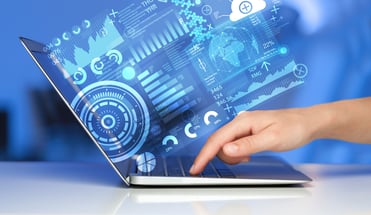 If you have ever seen the films Ex Machina or Blade Runner, then you would be familiar with the idea of Artificial Intelligence (AI). AI is growing faster than we can even imagine, but luckily we do not have interactions with AI in the same ways that film directors Alex Garland or Ridley Scott portrayed AI in their movies.

As a topic of conversation within the technology industry, AI is an ever-changing and quickly expanding area within modern-day technology. What seems to be a technological advancement of the future is actually a present-day occurrence.

AI was first introduced back in 1951 with the purpose of computers being able to reasonably compute inputs and outputs for users. Gradually, AI became an integral part of technology as it advanced, and has been used in computers, phones, video games, aviation, healthcare, engineering, and finance- amongst many other areas.

We already interact with AI daily, such as smartphone facial recognition, AI filters on social media, and digital voice assistants like Amazon’s Alexa or Apple’s Siri. So, what exactly can we expect of AI, and how will it expand further?

Many areas of our everyday lives are being impacted by AI. With innovations such as Tesla’s self-driving cars and AI integration in the healthcare industry, AI is only advancing further and becoming more prominent in society. From an outside perspective, there does not seem to be a clear direction that AI is going towards in regards to a specific field or industry. Rather, it seems to be expanding into nearly every aspect of our lives.

One area that is rapidly expanding is virtual reality (VR). Today, the term is commonly associated with video games through the creation and release of VR headsets. This trend grew quickly in March of 2016 when the Oculus Rift- a VR gaming headset- was created. The intention behind VR headsets is to simulate a real-life scenario through a gaming headset that the user wears. Over the last few years, VR headsets have become hugely popular, and are typically associated with the Metaverse.

The Metaverse is a culmination of VR aspects, including the use of VR headsets, which was recently coined by Facebook (shortened to ‘Meta’) as the brand’s attempt at re-branding, but also seems to be their way of introducing a VR social media platform. However, the Metaverse expands far beyond Facebook, and has been a term used within the realm of artificial intelligence, virtual reality, and augmented reality.

Now, what exactly does VR have to do with AI? VR utilizes AI’s capabilities to create a digital world that users can interact with. Compared to standard computers that use AI, VR is intentionally trying to create simulations that we can perceive as being close-enough to a believable environment.

The future of AI is definitely imminent, which is both exciting and scary at the same time. For more tech-related content, check this week’s CEWT podcast to hear about ISU’s robotics program.

The Future of AI: 5 Industries That Will Be Most Affected https://bit.ly/3QNBst4

What Is the Metaverse, Exactly? http://bit.ly/3QNBeSK

Why Do AI and VR Go Together So Well? http://bit.ly/3Hb2QNt