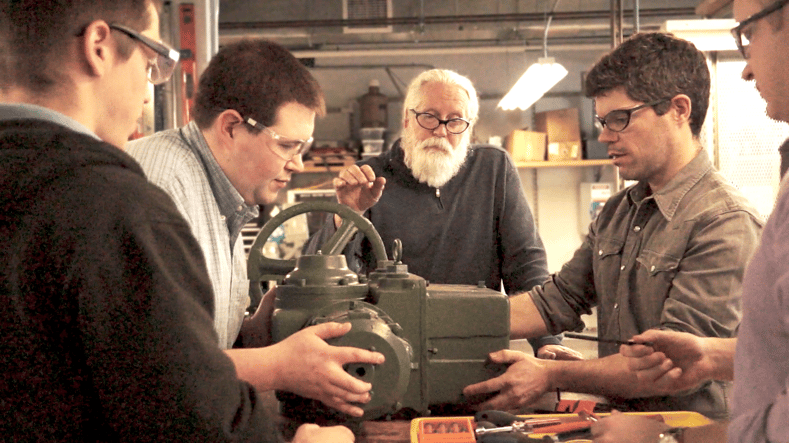 Most everyone has heard of or remembers the 1986 Chernobyl disaster that paralyzed people into nuclear fear. Or further back in 1979, when evacuations were advised within a 20-mile perimeter when the second reactor of the Three Mile Island Nuclear Generating Station experienced failures and leaked radiation.

These incidents stirred people from all over globe to look more rigorously at the safety of our reactors, and today, nuclear power plants are rigged with many safety measures to prevent these types of accidents from happening again. For those within the Pocatello region, some may be surprised to discover that a number of these safety measures are being taught within this very community.

Every early spring, within the lab of Idaho State University’s ESTEC, retired Research Engineer Kevin DeWall teaches students from all over the world about important safety devices used to prevent nuclear accidents. These devices are called MOVs, or motor operated valves.

The course itself teaches about the operation and function of MOVs in nuclear power plants, testing criteria, and provides students hands-on work with MOV actuators. Students then apply this newfound knowledge by keeping everyone who works in nuclear plants safe, as well as everyone in the nearby vicinity.

As of 2018, there are roughly 449 nuclear power plants in the world according to the Nuclear Energy Institute, with nearly 50 more on their way in China, United Arab Emirates, India, and Russia as these countries look to power their cities through nuclear means.

The United States itself is an impressive force in the nuclear energy-producing world. With its 99 nuclear reactors it produces more than 30% of the world’s nuclear-generated electricity, and generates more nuclear power than any other country in the world.

With so many power plants in existence and growing, DeWall’s class is passing on crucial information about nuclear engineering.

“As nuclear power plants age, so do those who are operating and maintaining them,” he says, “This course of instruction will be extremely important in ensuring that key safety knowledge is passed on to the next generation of the nuclear power industry.”

MOVs are also used in many industries where the active control of piping systems is required, says DeWall. The knowledge students gain from this course can be applied in many other instances such as marine vessels, mills, gas and electric plants, and factories and foundries.

The average salary for an operating engineer is around $50,000. It doubles for nuclear engineers, where the average is roughly $102,000, according to the United State Bureau of Labor Statistics.

What is important, according to DeWall, is that there are young engineers stepping up to the plate as the older engineering generation retires. His MOV course trains these young engineers and helps prevent a skills gap from lengthening in the critical field of nuclear power.

The MOV course starts on February 12th and ends February 16th through ISU’s Continuing Education and Workforce Training Department. For those interested, visit cetrain.isu.edu or call (208) 282-3372.