The Case for Stackable Credentials in Education 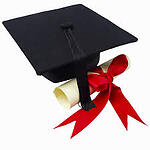 I live in Idaho, which is typically not a very progressive state, and to be honest, I think I like it that way. Idaho tends to lag behind the rest of the states in many areas, but the last couple of years Idaho tried to move to the forefront of the national education debate. The cry for educational reform has rung loudly, with initiatives making the ballot boxes in numerous states. While the public education system is in need of repair, another education system is silently undergoing radical changes using stackable credentials.

Historically, the higher education model places students on pre-determined paths filled with subjects that academia feels necessary to create a highly-skilled graduate, ready for the workplace. These graduates then leave the bastions of higher learning in search of the promised brass ring, often saddled with more debt than the cost of a well-equipped new car. Given the economic status of the past decade, the sustainability and validity of this model comes into question. Tuitions continue to increase while incomes shrink. A February, 2013 report from the Department of Commerce stated that in January, the U.S. income average dropped 3.6 %–the largest drop in 20 years. College tuitions continued to climb at a pace exceeding 5% per year according to the Trends in in College Pricing report of 2010. 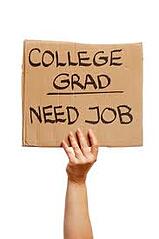 I have often pondered the disconnection that exists between higher education and the workplace. It is not uncommon to hear employers say “just give me the right people and a degree; I will train them to do what I need.” According to a 2008 report by Bersin & Associates, companies spend an average of $1,202 per employee on training each year. Interestingly, 21% of all training dollars were spent on Leadership development, management and supervisory training. Additionally, experts say that the shelf-life of education is changing so rapidly that some industries are requiring new education every one or two years. Higher education has not been equipped to handle such a short educational shelf life, but that may be changing.

At a meeting with local economic and business leaders, the discussion explored the idea of obtaining college credit for some of the professional development training which occurs in the workplace.  Until recently, higher education has been unwilling to even consider granting credit for workplace education because it might lack academic rigor.  In this era of shrinking budgets, universities are beginning to explore ways to raise revenue outside of the traditional model, and granting credit for non-credit/work experience/training may be a solution.

A 2010 survey found that 53% of large and 67% of smaller companies faced major challenges in recruiting non-managerial employees with the skills, training and education they required. The 21st century global jobs market requires a shift in the way we educate our workers. A 2012 paper sponsored by McGraw-Hill, entitled “Portable, Stackable Credentials – A New Education Model for Industry-Specific Career Pathways” outlines the innovative idea of recognizing workplace education and training with credentials. These credentials can be combined with university credits to create an educational system which creates immediate value to the worker and the employer.

A simplistic view of the Portable, Stackable Credential model can be found in the Boy Scouts of America. As a Scout, participants work on skills that are used to qualify for a merit badge. Participants must then earn a required number of merit badges–some required and some electives– to earn a new rank. Collecting enough badges, ranks and service hours earns participants the highest award, the Eagle Scout award. In the proposed new educational model, people can collect badges representing acquired competencies that employers can review and understand the skill level represented. Participants then collect enough badges along an identified career path to earn a certification or ultimately an accredited degree. While the discussion is in the very early stages and there are millions of details to iron out, the discussion has started and that is exciting.

In Steve Job’s biography, he discusses dropping in and out of college because he found the prescribed course of study boring and limiting. He goes on to credit a large measure of his success to the exploration of various subjects–calligraphy being one that he directly attributes to some of Apple’s innovative features–during those early years. I am glad that Idaho, and specifically Idaho State University, is participating in the educational change discussion. Being responsive to consumer demand is a great way to foster innovation and be a part of something that will have far-reaching and long-lasting effects.