Disengagement in the workplace, Earbud Phenomena 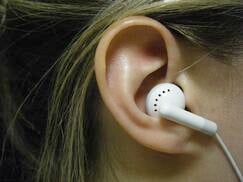 A year ago, while attending a conference in a major city, I would either walk several blocks from my hotel to the conference or ride the subway each day. Travelling through the city, I noticed that the majority of the people wore ear buds (small in-ear headphones) and were somewhat oblivious to what was going on around them. People walked down the street silently, heads down, avoiding people and traffic by means of peripheral vision, never making eye contact with passers-by and never engaging those around them.

A few months back I was visiting with a company about developing a training program for their employees. Management felt the employees needed work on communication and teamwork skills. The leaders stated that the employees were always grumbling about various things and constantly missing deadlines; they were not being team players and did not understand the importance of the assigned tasks. 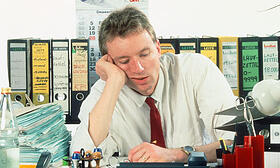 During interviews to get a different perspective of the company’s training needs, employees expressed the same desires as management; communication and teamwork skills were in need of repair. The difference was that employees made a great case that management needed the training as much as they did. They suggested that if leadership would attend these training sessions as well, many of the problem issues would go away. That is when I discovered the company had an ear bud problem.

While completing the interviews, I was reminded of the scene from Remember the Titans where the two captains, Bertier & Julius, were arguing over who was doing the job. Each was pointing the finger at the other accusing each other of not doing his best to make the team better. The exchange ended with Bertier telling Julius, “…that’s the worst attitude I ever heard,” to which Julius replied, “Attitude reflects leadership, Captain.”

Management was guilty of walking around the company with ear buds on; not looking around to see what was really happening or engaging the people. The employees were guilty of wearing ear buds as well, keeping their heads down and focusing on the two feet of “sidewalk” directly in front of them using peripheral vision to avoid trouble. Both groups were heading in the same direction, yet neither looked up nor engaged their surroundings.

Employee engagement is not about employee happiness or satisfaction; rather it is the emotional commitment the employee has to the organization and its goals. Engaged employees are more committed to the company and care more deeply about their work and its contribution. Doug Conant, former CEO of Campbell’s Soup, once said, “To win in the marketplace you must first win in the workplace.”

The key to winning in the workplace begins with establishing a core belief that everyone in the organization can get behind and support. While visiting a mid-sized company in Seattle, I was amazed by the openness displayed throughout the organization. As we toured the company, we learned of their core belief, called TAGFEE (Transparent and Authentic, Generous, Fun, Empathetic, Exceptional), that was present in every discussion they had. Everyone from the top down espoused their commitment to the TAGFEE culture and their belief in its effectiveness. Regardless of one’s position in the company, decisions were compared against the principle to ensure compliance with the values.

As we walked through the entire organization, I noticed that there were no ear buds anywhere. People were engaged in tasks and conversations with one purpose in mind—being TAGFEE. When we asked our guide how they managed to create such an environment, she replied that it was simple. Management was committed to the principles they espoused and they only hired those who were willing to buy into that philosophy. Both groups expected to hold each other accountable and both constantly worked on it together. 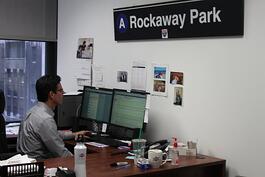 Any organization can transform, but it takes work. It takes leaders who are willing to engage employees to help them understand their work is meaningful and that their contributions are valued. Leaders also need to provide a clear sense of direction and foster trust through the creation of a level playing field that holds them accountable to the same standards. Employees need to subscribe to the values of the organization and live up to them. Employees need to believe that they make a difference and then hold themselves accountable to that belief.